One of the most unexpected sites I ever did in our 16-year journey was visiting a soccer stadium and actually watching a soccer game. Traveling is full of surprises, and here I stood in the what ‘everybody’ considered to be the most famous stadium in the world. 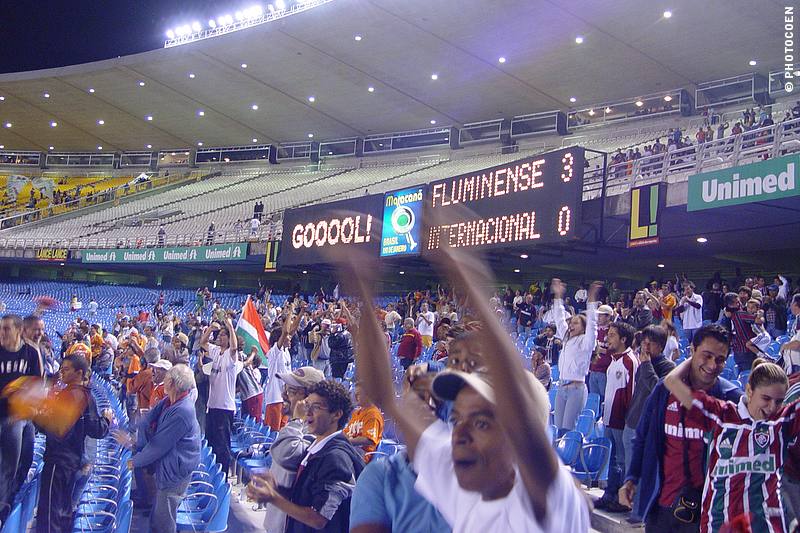 “You can’t leave Rio de Janeiro without having seen the Maracaña Stadium!”

“The what?” I couldn’t even pronounce the word.

“The Maracaña Stadium! You don’t know what it is?”

“Sorry, never heard of it.”

“No, that’s impossible. Everybody knows Maracaña. It was the largest stadium in the world. It was were Pelé played his last game!”

“Well, but isn’t it dangerous to attend soccer games in Brazil? I heard some games come with a lot of violence.”

“You’re right, there are some games that are risky. This one isn’t. Don’t worry. Tonight Fluminense and Internacional are playing. Both are decent teams with great supporters. You’ll see families with kids going there as well.” 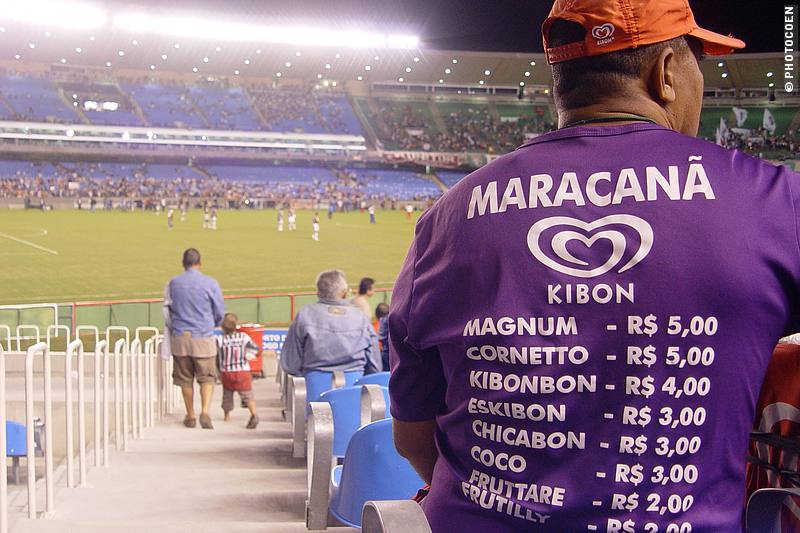 The stadium is situated in the Maracaña neighborhood, whose name derives from the Maracaña River that runs through the city. In Tupi Guarani, the original inhabitants of the region, maracaña is used for a type of parrot that used to live here. Officially, Maracaña is called Estadio Jornalisto Mario Filho, after a journalist who was a vocal supporter of building this stadium but for some reason the name Maracaña stuck.

When Brazil won the right to host the 1950 FIFA World Cup, it was decided to build a new stadium. Construction started in 1948. That gave little time to build the stadium in the first place and in the Brazilian way of things the project was the subject of a lot of political discussions and wasn’t even close to being finished when it should have been. As a result the stadium did come into use in 1950 but construction went on until 1965.

The stadium’s size by capacity is something the Brazilians like to brag about. However, I learned that due to safety regulations the stadium can no longer hold those 200,000 spectators as was the case during the 1950 World Cup. The number was reduced to 80,000 and the stadium was renovated once more for the 2014 World Cup with another reduction of seats down to 76,935. Having said that, it will remain Brazil’s biggest soccer ground. 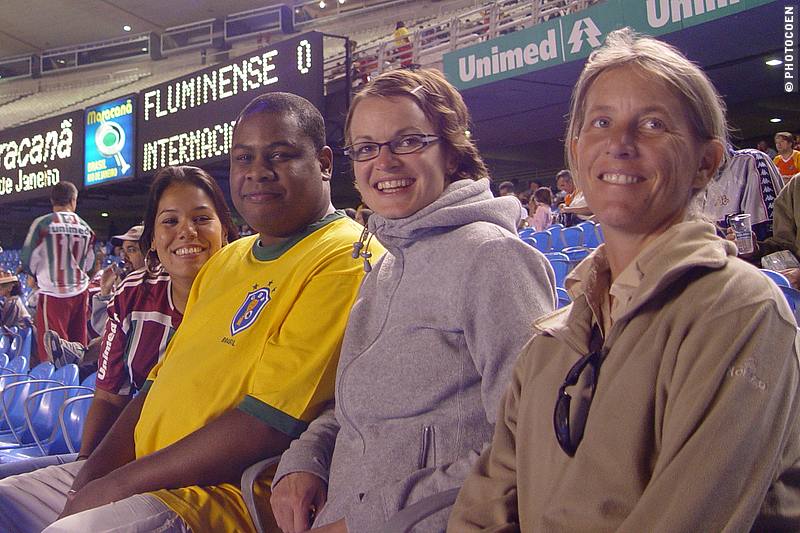 What my host didn’t tell me about, is Brazil’s biggest disgrace in soccer history, which is, whether the Brazilians like it or not, an important part of Maracaña’s history as well. The opening match in 1950 started with a victory: Rio de Janeiro All-Stars beat São Paulo All-Stars 3-1. The first World Cup match was promising as well: Brazil defeated Mexico 4-0 and the Brazilians were elated.

The Finals weren’t going to be a big deal. After all, Brazil only needed a draw against Uruguay to win the World Cup.

They lost: 2-1. Brazil was devastated.

There is a Soccer Museum in São Paulo, which has a room dedicated to that particular moment in history. The room is empty except for a screen, which projects those devastating last minutes of the 1950 World Cup finals. The shock of horror and the silence that dominated the stadium after Uruguay’s second goal came straight through that black and white screen. I tell you, even in my case, an absolutely non-soccer person, it made my flesh creep.

And so I was to see and experience that famous-cum-infamous stadium. With some trepidation, I will add, as I don’t care for crowds and I suppose I associate big soccer games (too much) with violence.

I shouldn’t have worried. Marcello was right. It was a friendly game. The stadium wasn’t full. There were chanting supporters and families with young kids, with food and drinks and having fun beating drums. The cheering was energizing with people jumping up from their seats. Nobody was demolishing seats or throwing dangerous objects and nobody was beaten up (which I guess summons up the image I have of football games). 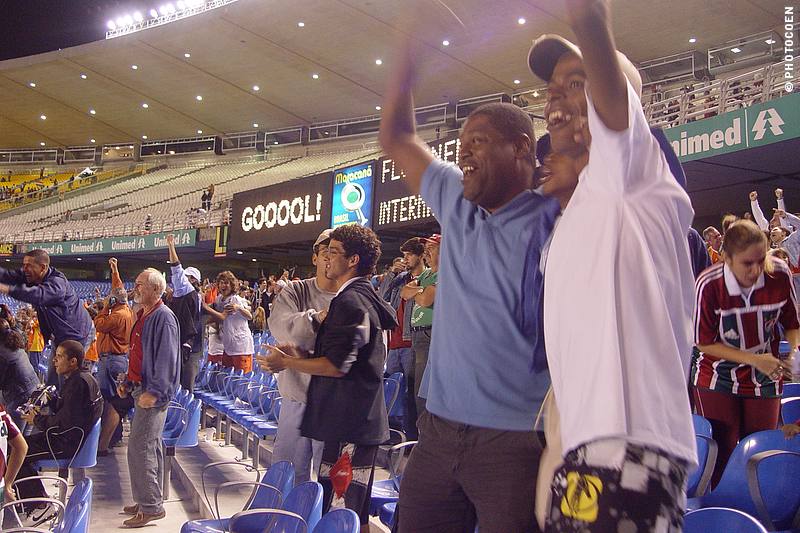 This game was showing exactly what sports in my eyes should be: fun, competitive, exciting.

I can’t recall the game itself. I can’t even tell you what color shirt was worn by what team. I can see on a photo that Fluminense won 1-0. For me it wasn’t so much about seeing that particular match, but about feeling the atmosphere of a great game in one of the world’s most famous stadiums. It was a wonderful way to experience the thrill of Brazilians watching soccer, and to better understand why it is such an important part of Brazilian culture.

I thanked Marcello for taking me. I left with a smile, and I am writing this down with warm memories of something I thought I would never ever in my life do: going to a soccer game.

It took time for us to feel at ease in Rio. In retrospect, it would have been a good idea to have gone with a guide that first visit. To let the guide worry about how to get where, safely, and meanwhile hear lots of stories about the city and culture. Click on the links below to learn more.

Enjoy more stories:
What's There to Like about Beans? – Check out Brazil's Staple Food
Watching a 360-degree Waterfall in Iguaçu National Park in Brazil
5 Places in South America to Listen to Silence