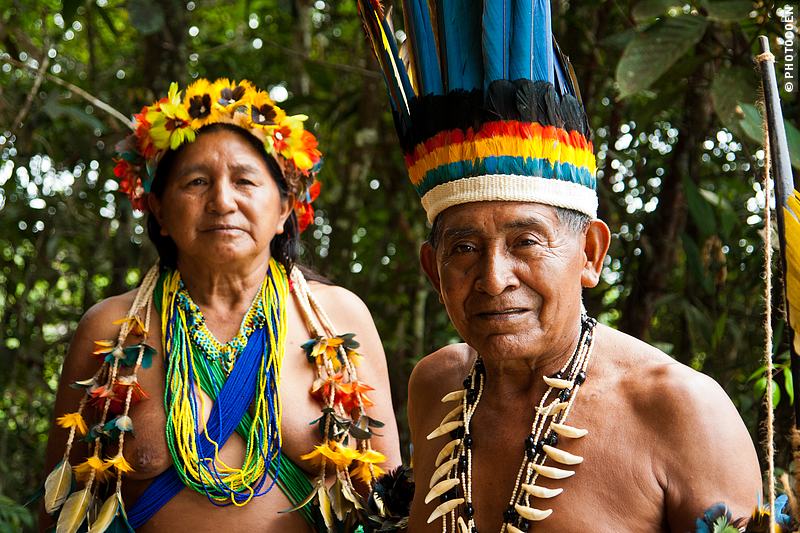 On our way to a village of the Paresi indigenous people, my guide Claudiomiro tells me about the brand-new asphalt road that is being constructed straight through this reservation. The government has calculated that about 1000 trucks will use it every day.

“El Progresso,” Claudiomiro says. “It will cost these people their culture. They have already lost a big part of it, but it’s just a matter of time and all will be gone. Nevertheless, the Paresi want this road. The government pays and maintains it, they can levy toll and keep the money. Capitalism has the reservation in its grasp and won’t let go anymore,” he continues and is visibly hurt by how Brazil’s ancient cultures are overrun by western norms and values. 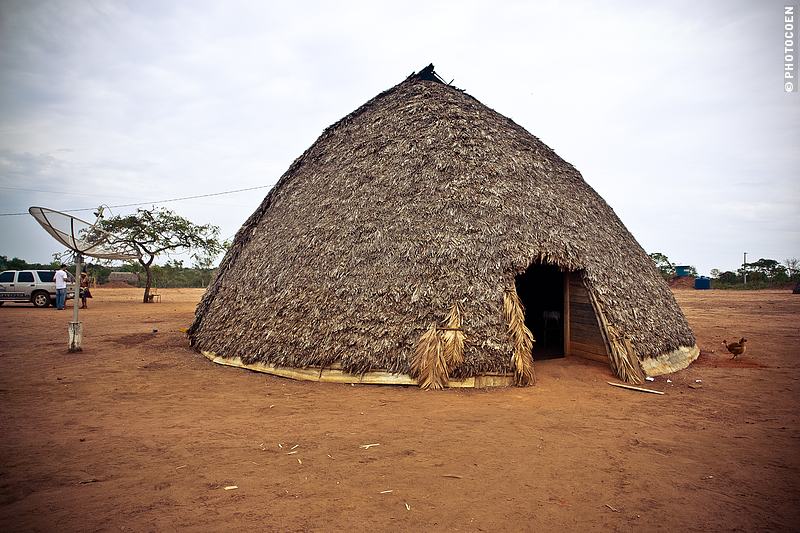 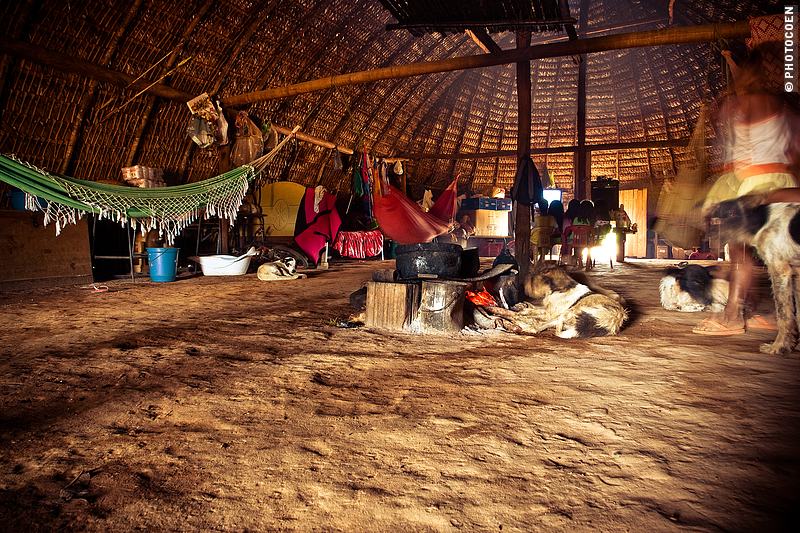 We enter the reservation on an unpaved road hemmed in by a vegetation of cacti, shrubs and low trees, all adapted to a shortage of water (a landscape called cerrado). After an hour’s drive the road widens into a large open area with concrete houses as well as traditional ocas – huts made of palm leaves. A man emerges from the largest hut and walks up to introduce himself: Narciso, the cacique of the village.

He immediately tells us his point of view: he is in favor of keeping the old traditions and taking a picture of him in his shorts and shirt is impossible.

“What will people in your country think of me? They have to see what our traditional ways are,” he says.

Off he goes, into his hut, emerging a while later together with his wife Inez, both representing the iconic Indian: dressed in feathers and pieces of cloth, Narciso with bow and arrow in his hand. 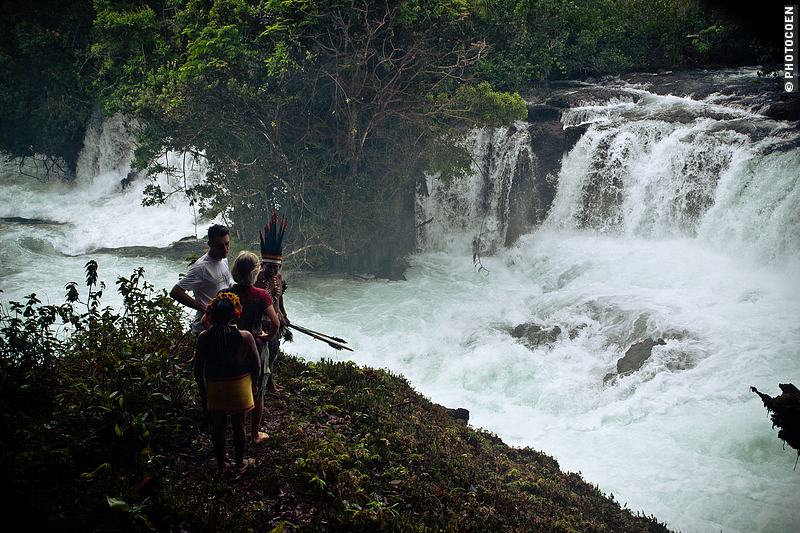 As the village name Quatro Cachoeiras suggests, there are Four Waterfalls, which run into the Rio Sacre. This is a playground for the Paresi children, a place for women to do the laundry and a source of food; the Paresí catch their fish using harpoons.

Despite our limited Portuguese we manage a conversation. Narciso is a traditionalist and it hurts him to see how the younger generation is rapidly westernizing. He can’t see why part of this 30-member group wants to live in houses instead of ocas. He would like to see the younger generation embrace the traditions he grew up with.

Two years ago the village got electricity. When we enter the chief’s oca I see the contrast between two worlds: cassava from their farming plot is roasted on a wood fire that burns twenty-four hours a day and they sleep in hammocks. But the television is blaring through the open space – outside the oca stands a huge satellite dish – and the next investment will be a fridge. 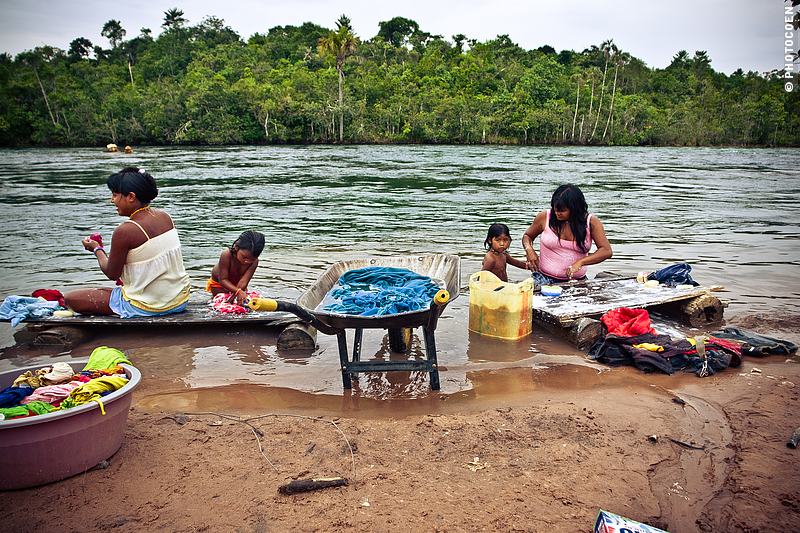 Narciso realizes he’s lost the battle, he can’t stop progress. I wonder if it is because of his feeling of self-esteem, or the hope to pass on some of his passion to one of his children or grandchildren, that he is so fixed on the issue of being photographed in traditional dress.

I leave the village with mixed feelings. A feeling of joy, of privilege to have talked with this characteristic man, but also a feeling of tragedy. Until today, everything related to indigenous people was something far away, theoretical and intangible. All of a sudden, if only for a moment, it has become a part of me. Seeing and feeling how a culture is doomed, hurts. 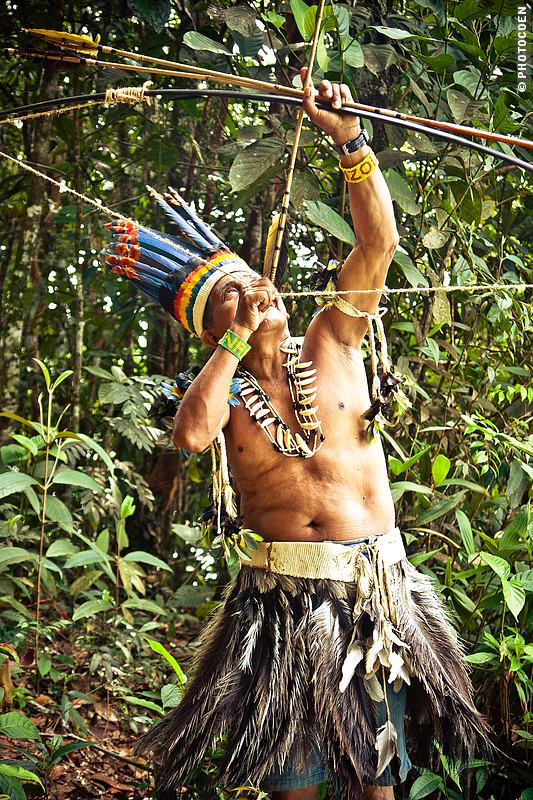 Enjoy more stories:
How to Visit Manaus Differently - Skip the List and Enjoy
The Story of Limes and a Church
5 Top Travel Destinations in French Guiana