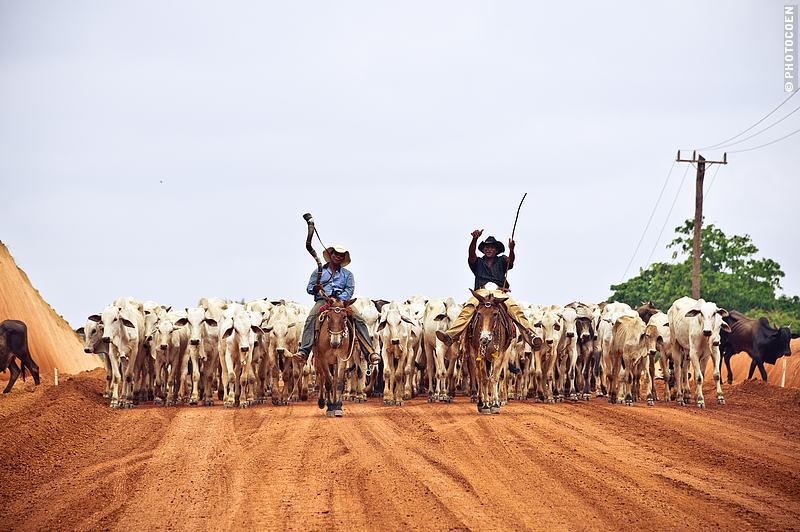 Even we can’t beat this slow pace in our Land Cruiser: 1300 kilometers in 7 months; an average of 6 kms/day. Yet, even if they wanted to, these people couldn’t travel any faster, for you see, these 9 tropeiros and 1 woman have to lead 1376 cows from the breeder to their new owner. 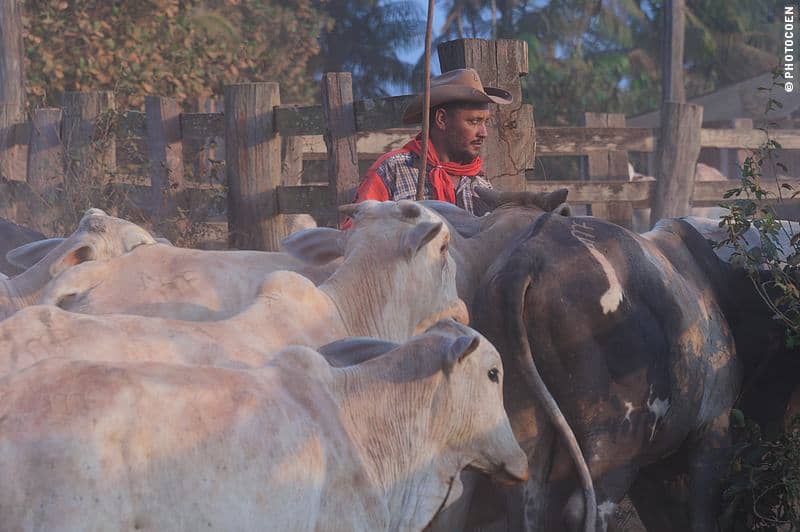 We have come across various cattle drives in Brazil. They are common in the Wetlands of the Pantanal, in southwest Brazil. Here, cows are bred on farms but because the vegetation isn’t rich enough to feed them until they’re ready to go to the slaughterhouse, they are taken to fattening farms (or CAFOs) at the age of nine months or one year old.

A Cattle Drive Is Cheaper Than Transport by Truck

Here, along the Transamazônica, which cuts straight through the Amazon Forest, cattle drives may soon be a thing of the past. We don’t see much forest. Most of it has been destroyed for cattle raising, so, obviously, ranching isn’t the threat to the cattle drivers’ jobs.

Modernization of the Transamazônica will be their end: asphalt. 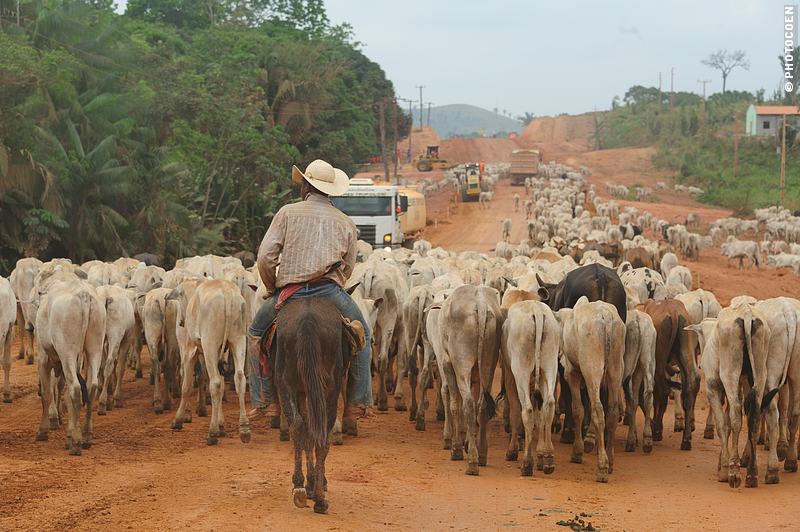 According to the tropeiros we talk to, cattle drives are cheaper than transporting the cows by truck. That’s a tough one to swallow, I find. I shudder at the thought of how these animals must be mistreated on such transport because it’s the death of the large number of cows that makes transport by truck more expensive than having a cattle drive with ten cowboys on the road for almost a year.

Camping with Tropeiros – Slow Living at its Best

As dusk descends we’re in search of a camping spot when we pass a cattle drive. Tropeiros are herding their cows into a pen on a farm. We have a look around and ask if we can camp on the ranch. We are more than welcome to stay.

Four cows have gone missing and a couple of tropeiros spend a large part of the evening searching for them. To no avail. They will continue their search the next morning because the leader of the tropeiros will have to compensate the owner of the cows for each lost animal en route. 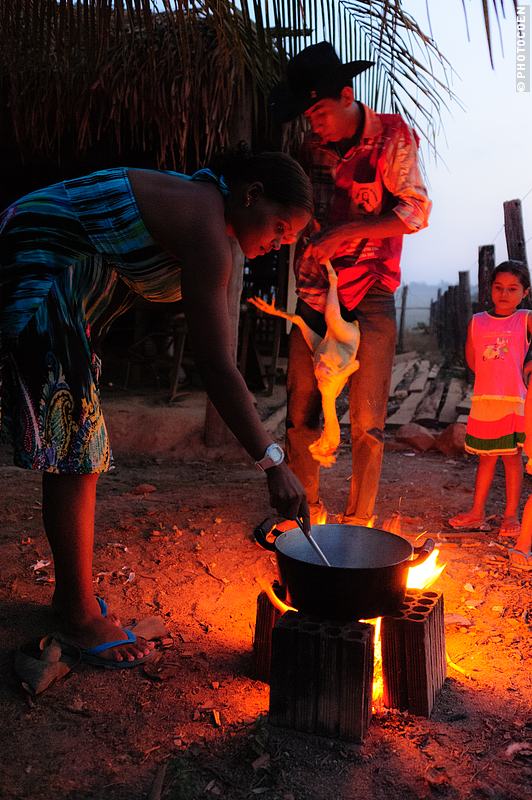 To my surprise there is a woman present as well, the wife of the cattle drive’s leader. Myona is eight months pregnant.

“No, I don’t walk or go on horseback,” she laughs when I comment on it. “I travel on the motorcycle with my husband.”

As if it is the most normal thing in the world for a pregnant woman to sit on a motorcycle on a bumpy, dusty, unpaved road, camping in the wilderness or on farms in a hammock for months on end. Oh, and there’s two-year-old Anna to take care of as well. I am deeply impressed. 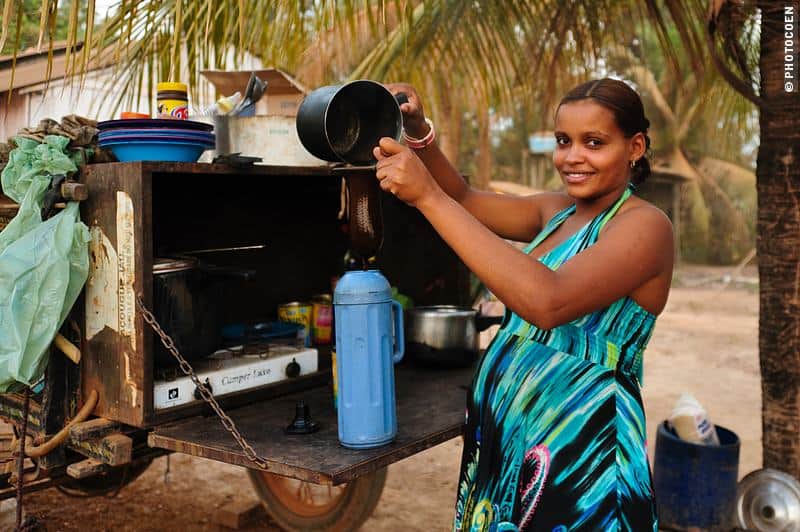 Myona is helping her empregado to prepare dinner. I ask him what they generally have for lunch and dinner. Do they carry live chickens? Do they buy meat from the farms they stay at?

“We eat whatever we find or buy,” he says, shrugging his shoulders.

“If we come across an armadillo or wild boar on the road we’ll kill it and eat that,” he adds while holding a chicken by its feet in a pan of boiling water so the feathers will come off more easily.

All luggage is carried on a wooden cart that is pulled by a donkey. Each tropeiro has a carry-on bag, all of which have been put on a sheet of plastic on the ground. They sleep in hammocks in an open shed. Part of the cart is transformed into a kitchen that holds three pans, a stack of plates, cutlery and a thermos of coffee. Three bricks suffice to build a stove on the ground. Daily the pans turn black on the open wood fire and daily they are scrubbed clean until they shine again.

Myona chops some onions and garlic and fries them in oil. Meanwhile Paulo has cleaned and cut up the chicken. Everything goes in the pan, including the feet, neck, and organs. The dish of a cooked free-range chicken is called galinha caipira. The head and some other, to me unidentifiable, remains are thrown in a corner for the dogs to feed on. 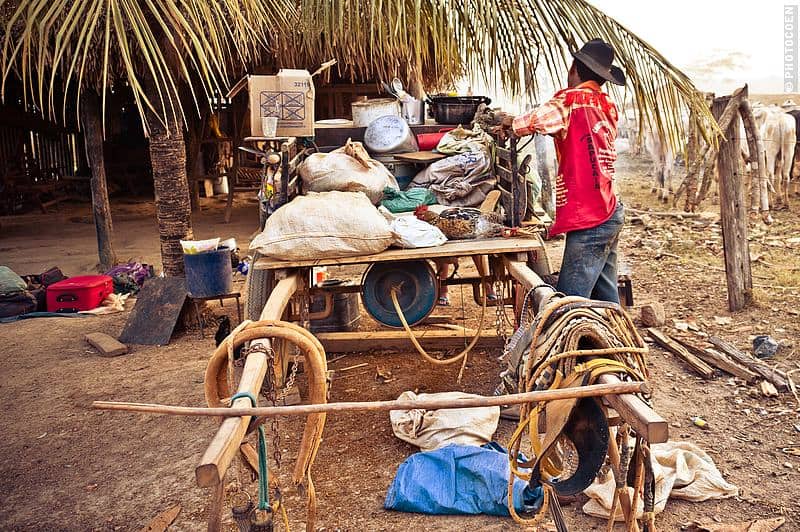 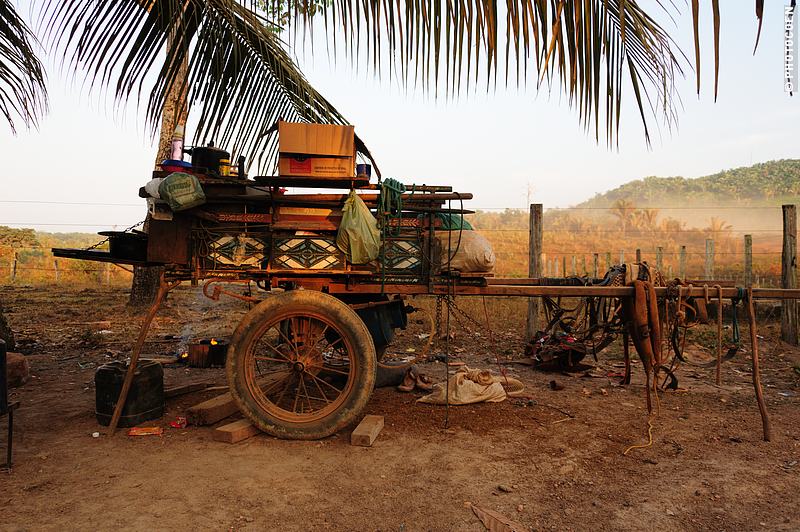 We have a confusing discussion about one of the spices they use: corantyn, they say. I have never heard of it. What is it? I call Coen to join us. We think they mean coriander but that doesn’t make sense as this grounded, red colored spice has hardly any smell.

I have seen it in supermarkets. Now I have another mystery to solve: What is colorido? Why would you add, I assume, artificial coloring to your food?”
The penny drops.

Suddenly we’re on the same level again. Urukum = corantyn = colorido. Now we all know what we’re talking about, and laugh. We learned about urukum in an indigenous village two years ago. It’s the seed of a plant that when you rub it, colors your hand red.

The indigenous people use it to paint their bodies for special occasions, but it’s also used in dishes. It doesn’t have much smell or taste but is used to give the dish an appealing colorido. 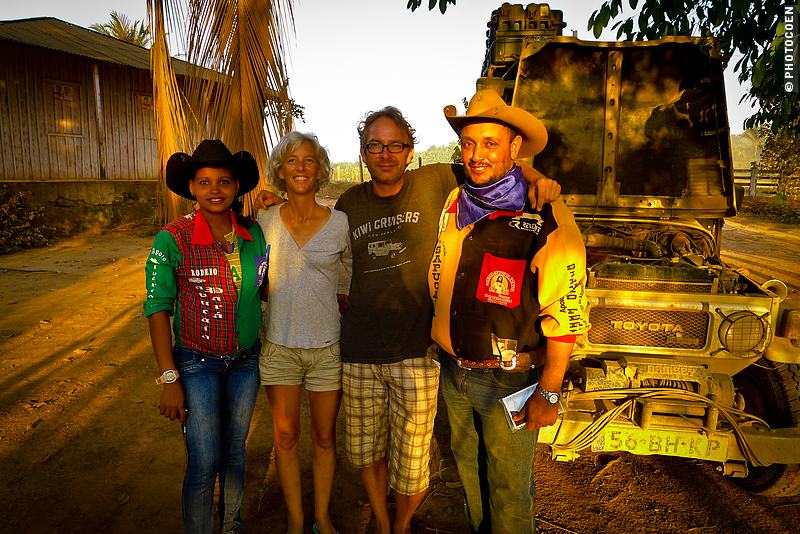 An Evening in Good Company – Slow Living at its Best

Later that night we are invited to join them in eating the galinha caipira with rice and beans. It’s beautiful to watch how these relaxed these people are. Some hang in their hammocks, others sit on a trunk, and the farm owners have brought out two plastic chairs for Myona and me to sit on (always hospitable these Brazilians, wherever you go!). It doesn’t seem to bother these tropeiros in the least that it’s past ten and that they will have to get up at four thirty for another long day on the road.

The fire is dying, the last embers still glowing in the darkness. Apart from our voices and a snort from a cow every once in a while, the evening is silent. We’re enveloped by a black sky, the Milky Way and zillions of stars.

Myona and I talk about our lives until late that evening. Their story isn’t so much about slow travel as it is about slow living. They take each day as it comes. Tomorrow they can’t move on. First they will have to find those four cows. So, they’ll stay here another day. It’ll give the other cattle extra time to graze along the side of the road. As I listen to Myona’s stories, slow living seems to be the most ordinary thing in the world. 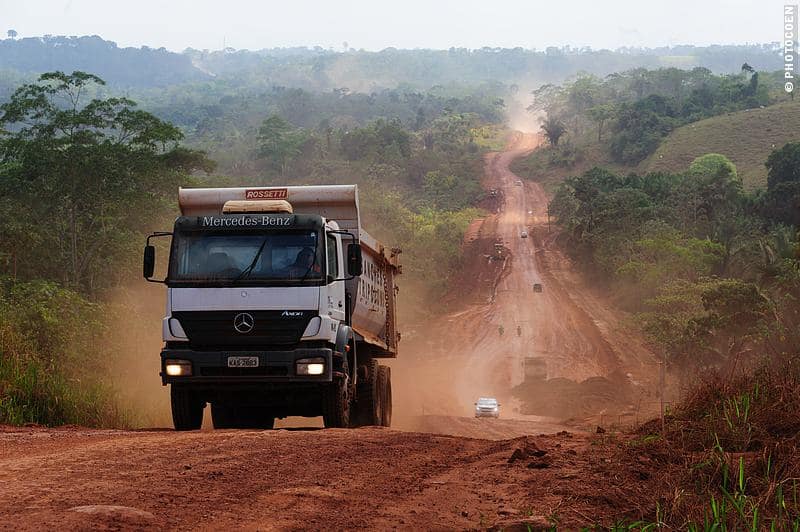 Slow Living – a New Invention or a Tradition?

In the western world we are reinventing slow living. The creeds of multitasking and fast, faster, fastest are increasingly criticized. More and more people drop out of this rat race and choose slow living, minimalism, or some sort of related way of life, whatever the name.

Here, on the other hand, in the Brazilian Amazon, slow living is a lifestyle that has been around for centuries. Nobody discusses it, nobody wonders about the advantages or disadvantages – well, maybe ‘nobody’ is too strong here. Let’s say that we haven’t met any people critical of their lifestyle in this region. It just is.

However, the Transamazônica is being asphalted. I can’t imagine hundreds of cows strolling alongside roaring trucks and other vehicles, and I foresee that this slow-living lifestyle – at least for tropeiros – is doomed to die. For people who carry so much pride in their work, that is nothing but a tragedy. 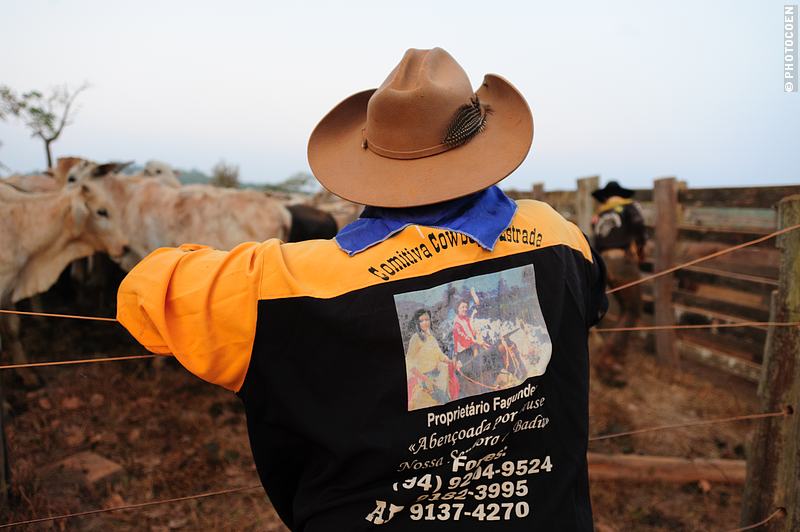 A note on the Brazil guidebooks: