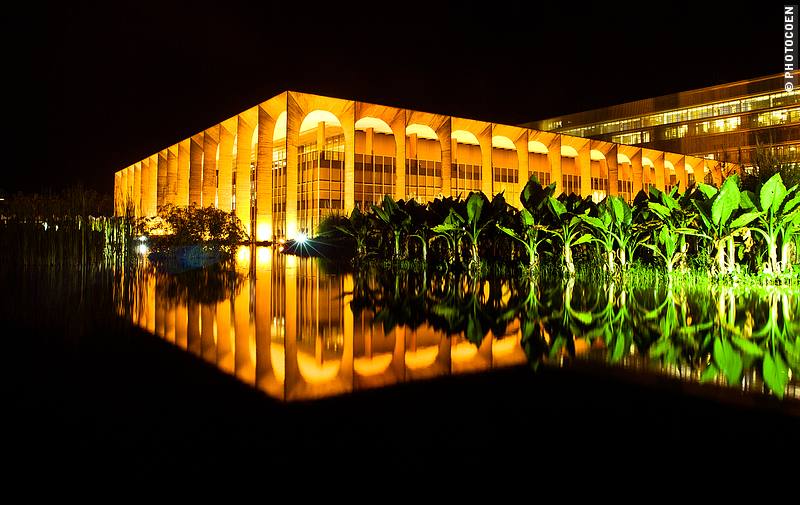 “Why would you want to go to Brasília? It is an ugly city that lacks a soul,” is the most common remark I have heard from Brazilians about their capital. Despite these discouraging words I decided to visit the city and judge for myself.

My verdict: “Brasília is an ugly city that lacks a soul.”

Yet I stayed a midweek and enjoyed every single day. What happened?

The answer is ‘modern architecture’, in particular that of Oscar Niemeyer, whose work was often complemented by Rorberto Burle Marx’s harmonious landscape gardens.

The Founders of Brasília

When in the 1950s president Juscelino Kubitschek ordered a new capital to be built in the center of Brazil – at the time a largely uninhabited wilderness of cerrado bush – these two men, together with the urban planner Lúcio Costa defined the look and the feel of Brasília.

“When planning the government buildings for Brasília I decided they should be characterized by their own structures within the prescribed shapes. In this way, the smaller details of rationalist architecture would vanish in the face of the overpowering shapes of the new edifices. I tried to push the potential of concrete to its limits, especially at the load-bearing points which I wanted to be as delicate as possible so that it would seem as if the palaces barely touched the ground.” (Oscar Niemeyer, from: A Legend of Modernism)

Construction started in 1956 and in 1960 Capital Federal, as Brasília is also called, was a fact. In 1987 UNESCO declared Brasília a World Heritage Landmark. 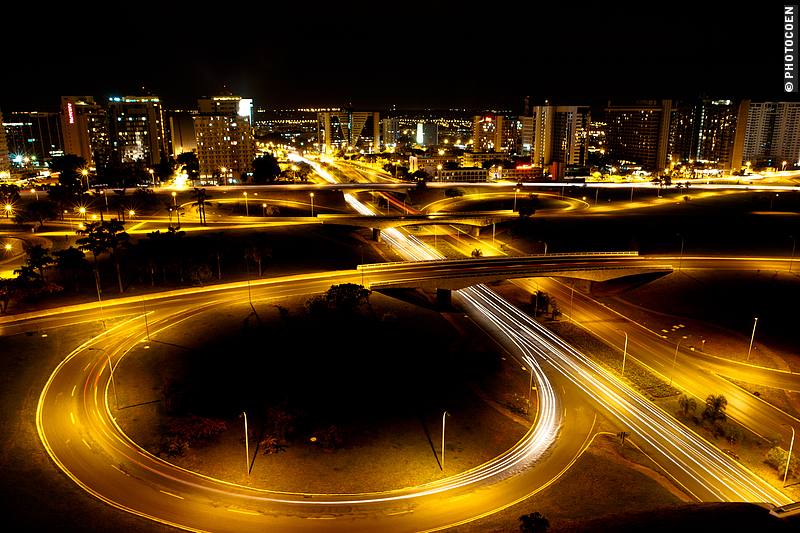 The Layout of Brasília

The wide-spaced city is divided into functional sectors. For example, all banks or all hotels are to be found together in one sector, and in residential blocks each of which contains apartment buildings, a shopping center, a school and a medical center. This set-up arguably answers the reason why Brasília has no soul: there is no clearly outlined, recognizable downtown area. Each residential block is a sort of town in itself, many of which are in a dilapidated state and uninspiring.

The homes of the affluent are elsewhere, in affluent suburbs, characterized by fenced-in condominiums with guards and luxurious villas with swimming pools in spacious gardens. Although Oscar Niemeyer and Burle Marx designed private residences and gardens, the prime examples of their futuristic work lie along and around the Monumental Area, or the vertical axis of the cross that defines the central element of Lúcia Costa’s unique design of the city. 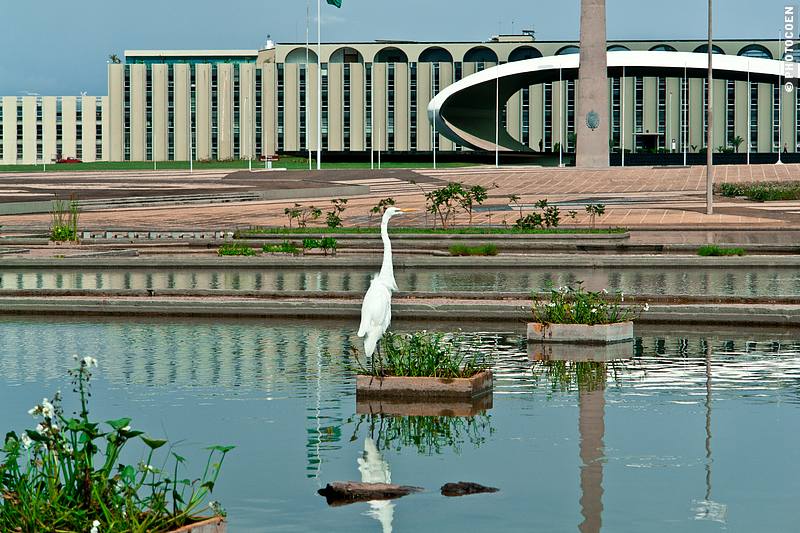 Crystal Plaza and Ministry of Defense.

Along this Eixe Monumental, as the vertical axis is called here, Niemeyer designed public buildings like the library (2006), the national theater (1979) and the cathedral (1970) which was awarded the Pritzker’s architecture prize from the Chicago’s Hyatt Foundation. Furthermore, most of the government buildings, including all ministries, are to be found here (Esplanada dos Ministérios; 1970).

In the course of several days I did the rounds by car because the distances are so large and this area is generally pedestrian unfriendly (Brasília was built with at-the-time futuristic flyovers but practically without pavements). I could enter most buildings and some provided interesting guided tours free of charge. 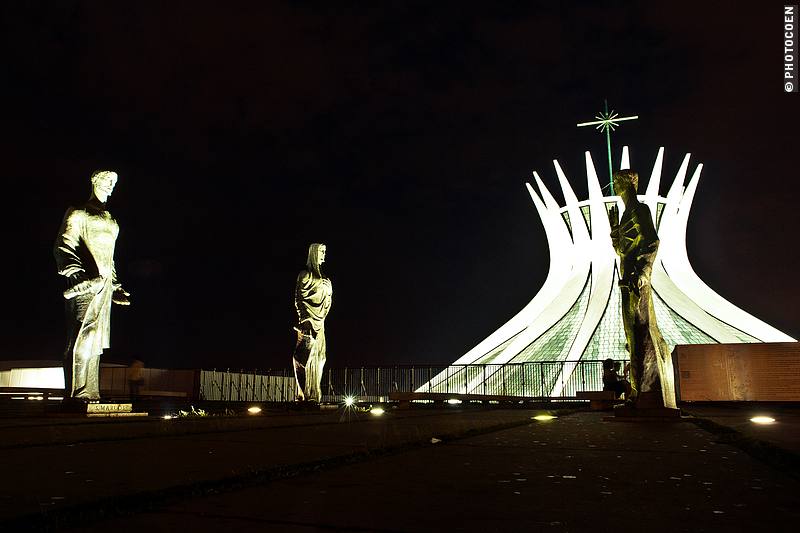 The Ministry of Defense (1968) which its huge square construction impressed me mostly because of its size, just like the vast, open-air parade ground that spreads in front of it. I admired the cathedral with its sixteen curved columns and stained-glass windows as well as the half-dome, whitewashed Museo de la República.

I particularly loved the harmony of Burle Marx’s gardens and Oscar Niemeyer’s architecture in the Ministry of Foreign Affairs (1965) and Ministry of Justice (1970) because the buildings seem to float in the ponds surrounding them; out of a sense of obligation I checked out the somewhat plain Memorial Juscelino Kubitscheck, which honors the man who initiated the construction of Brasília. 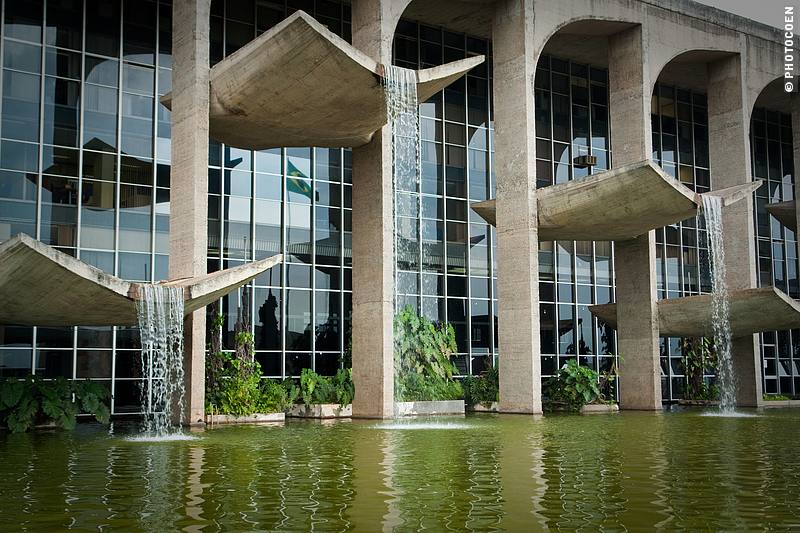 In one of his many interviews Oscar Niemeyer characterized his designs as follows: “It is not the right angle that attracts me, nor the straight line, hard and inflexible, created by man. What attracts me is the free and sensual curve — the curve that I find in the mountains of my country, in the sinuous course of its rivers, in the body of the beloved woman.”

The Core of Brasília and the Harsh Reality of Brazil

To me, Brasília’s dreams versus reality are best felt on Praça dos Três Poderes (Square of Three Powers), which comprises the President’s Office, the Congressional Building and the Supreme Court.

In the center of these three masterpieces of architecture is a large open space with two museums and a couple of sculptures. One stands out, and it should be seen and its story should be understood by anyone who lives in or visits Brasília. 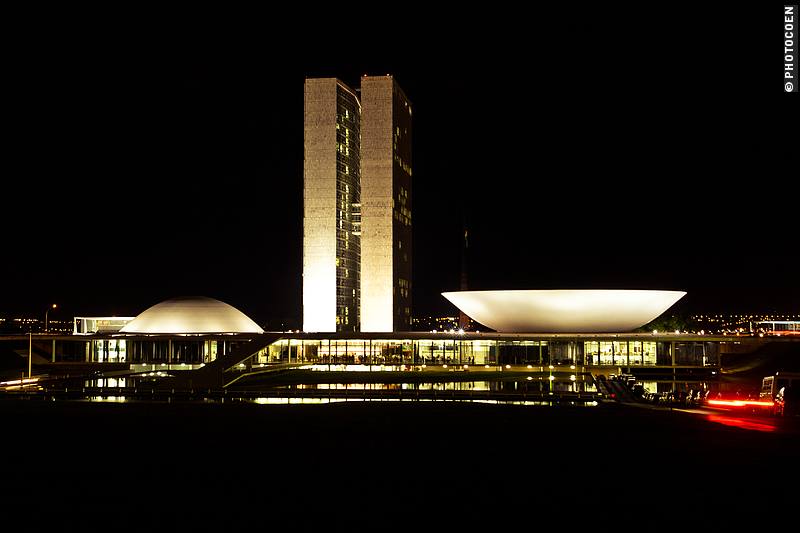 Two men stand next to each other with their arms in the air, their hands locked. Two men proclaiming victory: Brasília had been built; all would be well now. The men symbolize the candangos, the workers who constructed Brazil’s capital, which was intended for half a million inhabitants but which grew into a hearth and home for 2.5 million.

Candango used to be a derogatory word, meaning “the dirty one”. These people came from Brazil’s poorest region, the northeast and bringing them here to build the capital fitted Kubitschek’s dream and determination to transform Brazil into a great economic power. That’s the dream part of the story: the candangos who had been Brazil’s poorest would now also profit from this ambitious project. 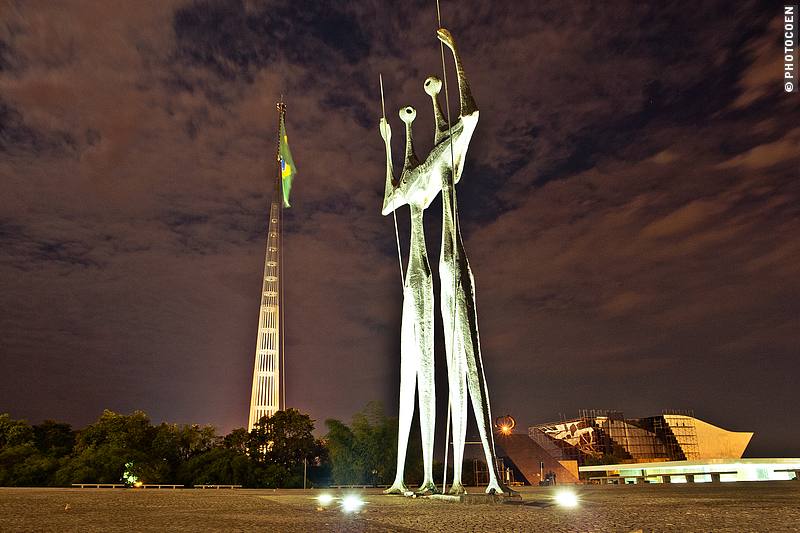 This is the reality: the living conditions of the candangos weren’t improved at all. After their work was done they were pushed aside, forced to live in the poor suburbs or distant satellite towns – if they could afford even that – or to return to their homelands where poverty awaited. As Niemeyer put it: “They were poor before, and they were poor after the capital was done” (The Metropolis Observed).

As I look at the candangos with images of northeast Brazil still fresh in my mind (as I traveled there recently), I can, unfortunately, only agree with Niemeyer’s harsh judgment which he made in another interview, “It seemed like a new era was coming, but Brazil is the same crap – a country of the very poor and the very rich.” (Reuters, 2001).

Does Brasília Have a Soul?

My sightseeing tour in Brasília ended at Praça dos Três Poderes. I admired and studied the government buildings and the sculptures, and looked down the Eixe Monumental, which is lined with Niemeyer’s and Marx’s designs on either side.

When the city was built, the design was daring and futuristic, and not to everybody’s liking. On the designs of his large if not monumental, concrete buildings Niemeyer commented, “Go to Brasília—you may or may not enjoy my projects, but I dare you to find something similar” (Metropolis Observed). 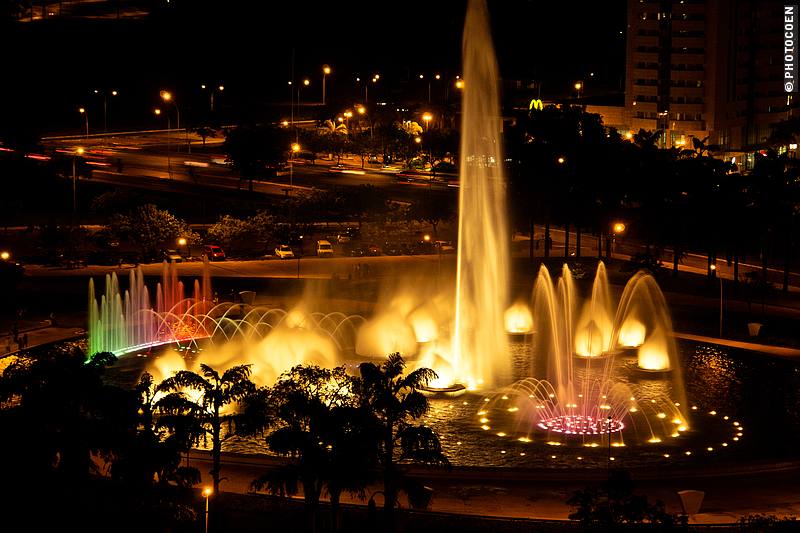 I felt my original conclusion had been incomplete. Yes, as a city Brasília is ugly and does lack a soul. On the other hand, when admiring the architecture and gardens, I felt a spirit that reflects the love and dedication Oscar Niemeyer and Burle Marx put into each of their designs. I heard the pride in people’s voices when they said they worked in these buildings. And so I modified my conclusion: the city may not have a soul, but each of these buildings and gardens does.

On 6 December 2012, Oscar Niemeyer died at the age of 104 in his hometown of Rio de Janeiro. While his architectural contribution to Brasília has been enormous, it is only part of the 600+ buildings he designed in Brazil and throughout the world. He is known internationally for, among other buildings, the Communist party headquarters in Paris and the United Nations headquarters in New York. 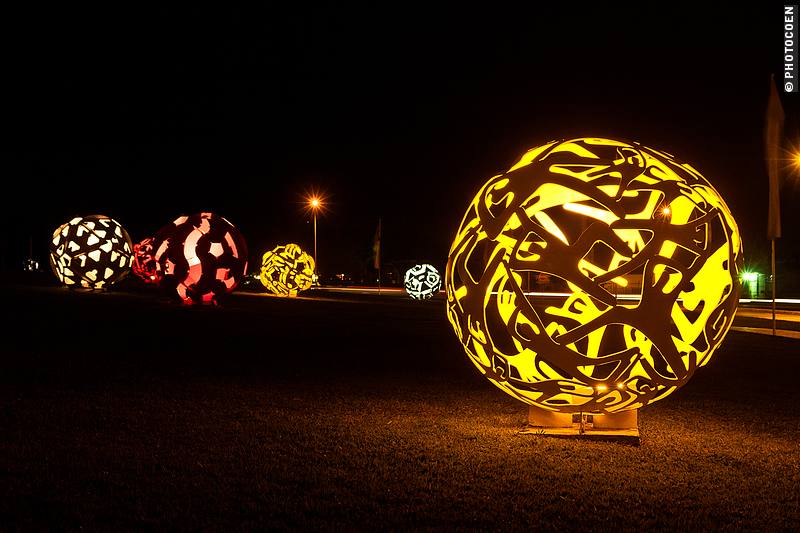 Enjoy more stories:
Touring the Itaipu Dam in Paraguay
Taking a Kitesurfing Course in Brazil, at Tatajuba Beach
The Difference Between Slow Travel And Traveling Slowly