When you don’t plan much on your travels, you can stumble upon big surprises. Argentinians carrying the country’s longest flag through the streets of Rosario was one of them.

Frankly, I can’t even remember what brought us to Rosario in the first place. I assume it was just a stop along the way to somewhere else. It isn’t exactly on anyone’s list of highlights. However, we discovered the city is worth a visit, especially if you’re into architecture. Walking the streets during the Día de la Bandera Nacional, or Flag Day, was like a cherry on the pie.

Argentineans celebrate Flag Day in honor of their flag and to commemorate its creator. General Manual Belgrano designed the country’s flag and hoisted it near the Paraná River, opposite Rosario, for the first time in 1812.

The Origin of Argentina’s Flag

In 1812, General Manuel Belgrano commanded the army in a battle along the Paraná River for Argentina’s independence from Spanish colonization. According to the story, soldiers fighting for independence as well as those fighting for the Spanish Crown were both using the same (Spanish) flag, which led to confusion. As a result Belgrano decided to create his own flag. Since 1812 the Argentinian flag has had the colors white and blue, to which later they added the yellow Sun of Mayo. 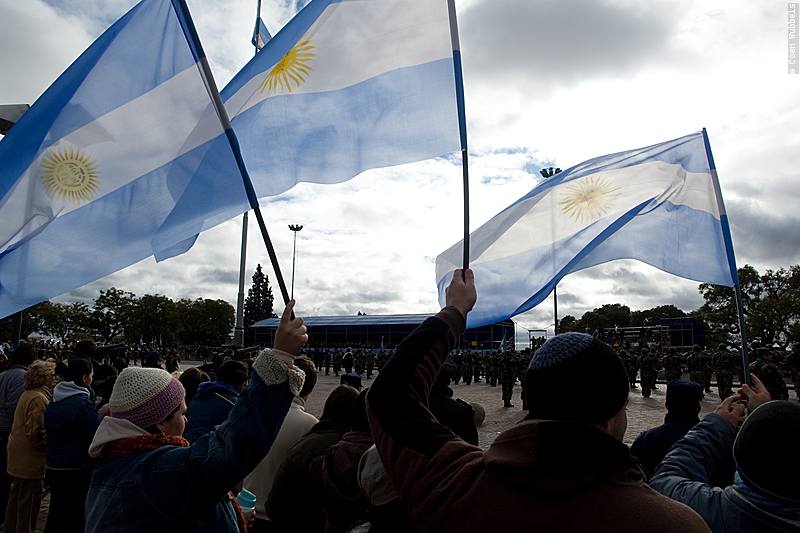 June 20th became the date for this national holiday because General Belgrano died on June 20th (1820). However, in order to create a long weekend, Flag Day will always be scheduled on the third Monday of the month (which happens with other national holidays as well – read about them here). In most Argentinian cities, Flag Day goes by unnoticed and means nothing more than that they close all offices, schools and sometimes shops. 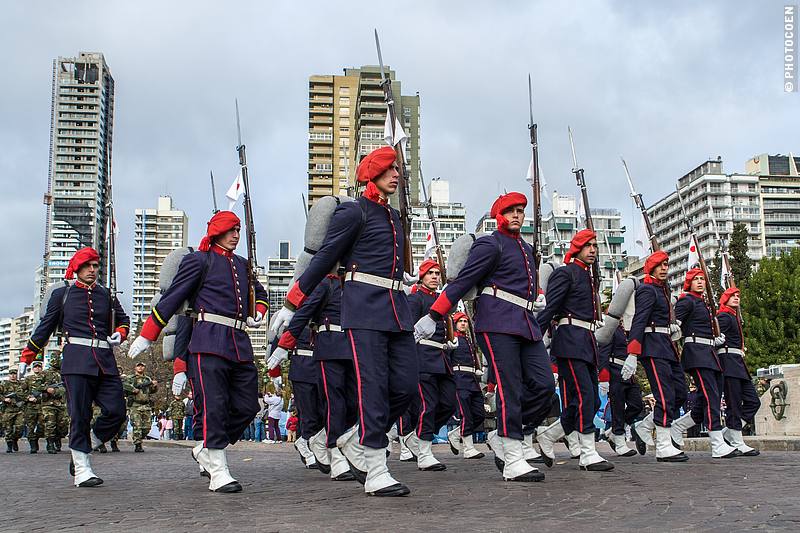 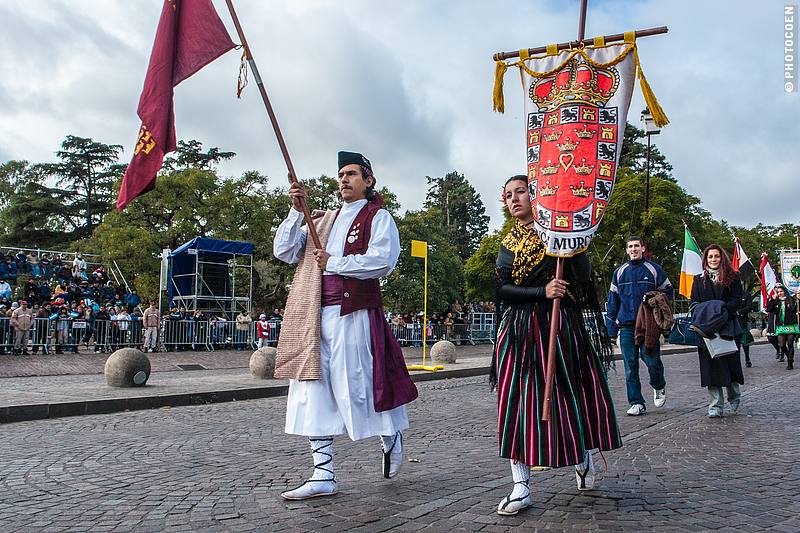 Since Rosario is the cradle of Argentina’s flag, Flag Day here includes a parade which will always be held on June 20th. In addition to the long weekend, public offices and schools will also be closed on June 20th.

The Flag Day Parade in Rosario

The Flag Day parade takes place around the National Flag Memorial. They build stands to seat high-level officials but the rest of the spectators stand along the side of the street. 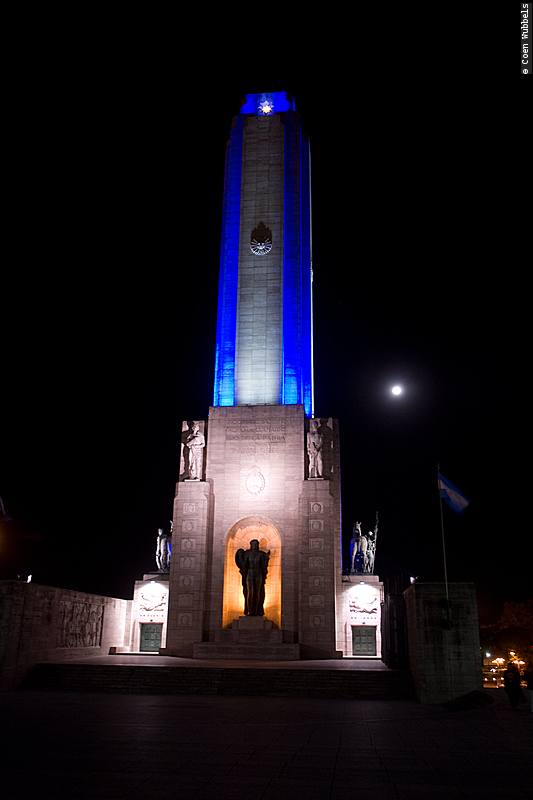 The Flag Day parade gave us insight in the pride Argentinians take in their country. First of all, on Flag Day they have an acto. This is a general term for a public meeting during which the president, or another top leader of the country, will give a speech. It’s a big thing.

Second, the parade presents members of all Argentinian military units as well as war veterans. While the veterans of the United Nations who, for example, served in former Yugoslavia, get just as much attention as any other group, the veterans of the Falklands War are loudly applauded by the public.

The Falklands War, which took place in the 1980s, is still an important topic in Argentinian lives, education and discussions. You won’t find ‘Falkland Islands’ on any Argentinian map. In this country they call the islands Las Islas Malvinas. 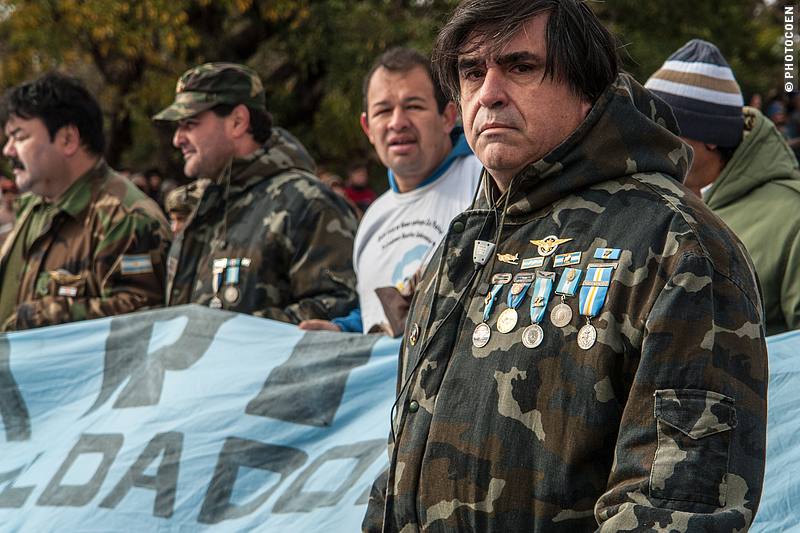 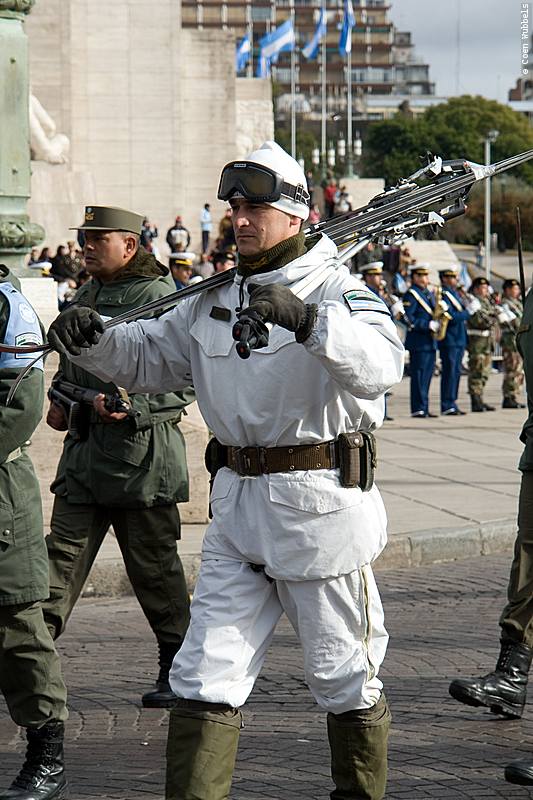 After the marching of all official groups, it is time for the civilians to do their share, which turns the parade into a true happening of the people. This is the part we enjoyed most. A few hundred people carried an enormous Argentinian flag – some claim the longest in Argentina, others even argue the longest in the world – through Rosario’s streets. 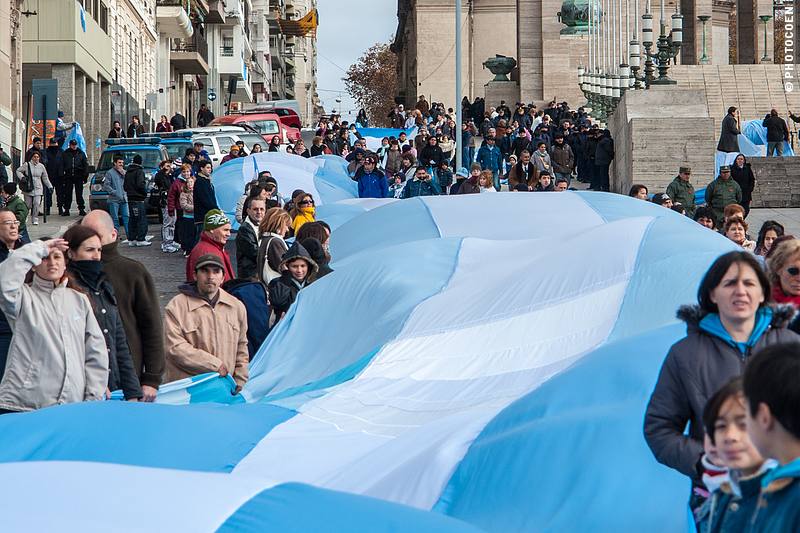 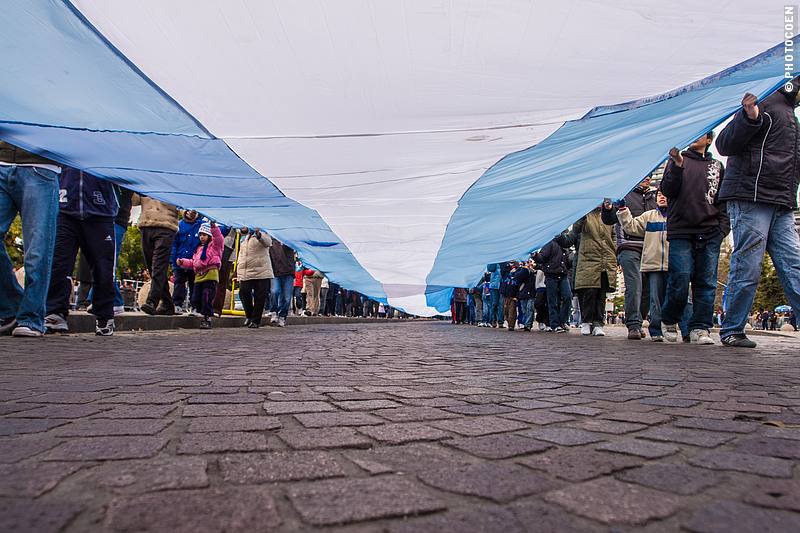 Coen sat underneath the flag for a bit.

One of the modern attractions of Rosario is the National Flag Memorial, a 10,000-square-meter monumental complex built in 1957. It consists of three elements. 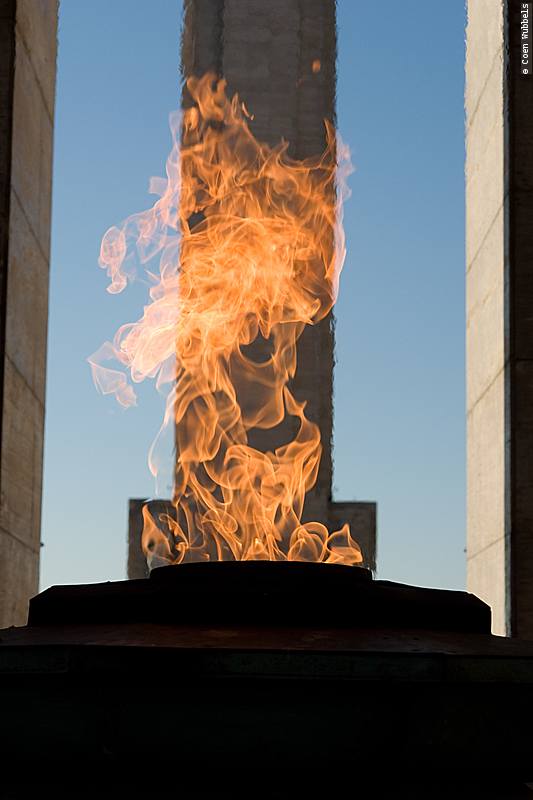 First of all, the 70-meter-high tower houses General Manuel Belgrano’s crypt in the base. Second, a beautiful open-air space called Patio Cívico (Civic Courtyard) and the Triumphal Propylaeum with a votive flame that burns in honor of the dead for the country. Third, underneath the propylaeum is an Honor Room displaying flags of all countries on the American continent, which we found pretty neat to see. 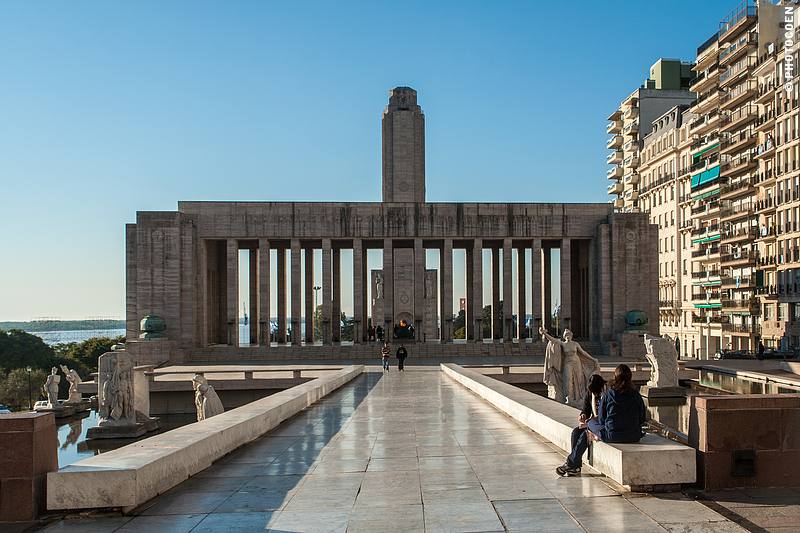 We fell for Rosario. We like the town with a relaxed vibe, friendly people, inviting bars and coffee places, and lots of architecture from around 1900. What can I say? We ended up staying for a couple of weeks.