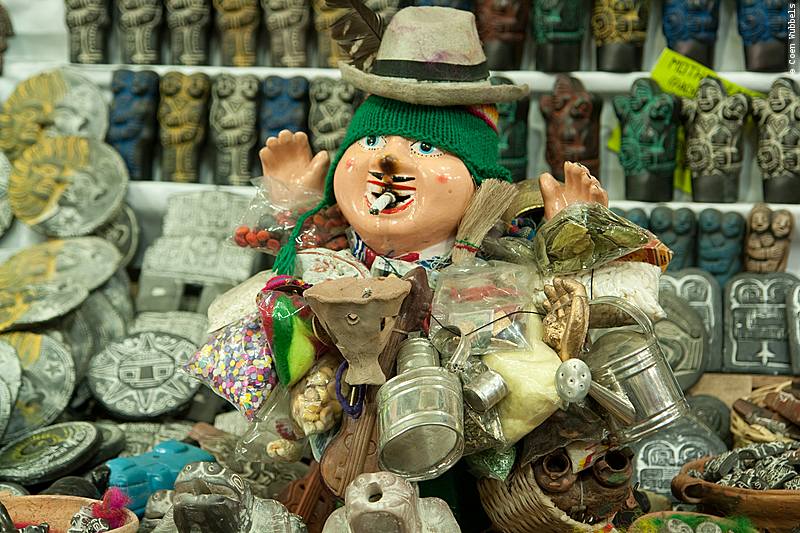 Calle Sagárnaga, also known as Calle de las Brujas (Witches’ Market) is the commercial center of La Paz’ indigenous handicraft of miniatures and thus an important part of the Alasitas Festival. It lies in the heart of the city’s tourist center with thousands of tourists strolling down the alleys in search of souvenirs and admiring the local curiosities of miniatures and other products that bring good fortune.

In the Witches’ Market you will find a zillion miniatures, and shelves full of potions, natural herbs and dried fetuses. How intriguing is that? We know from, among other places, Thailand, that people buy fake money and burn it in ovens to appease evil spirits or offer paper replicas of material possessions they would like to own. Now we see that in Bolivia they have a similar ritual, albeit with its own, local traditions and customs.

Although offerings are made year-round, the most important moment of the offering is during the Alasitas Festival which is mainly celebrated in La Paz (Jan 24) and Santa Cruz (Sep/Oct).

Origin and Celebration of the Alasitas Festival

There is not one conclusive theory about how and where the festival started. In the Aymará language, alasitas means ‘buy from me’ and in pre-colonial times Alasitas was always celebrated in September (Bolivian springtime), to ensure a good crop. It is said that the Spanish changed the date to January 24 in commemoration of an indigenous uprising in 1781 and the siege of La Paz by Tupac Katari. Here’s more about one of those legends. 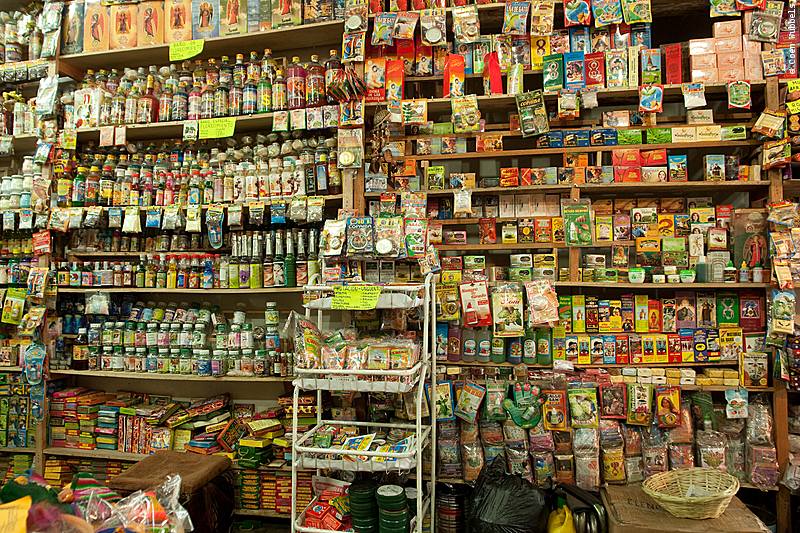 During the colonization the Spanish tried to force Catholicism on the indigenous people. They partly succeeded and many Bolivians converted to Catholicism, however, in reality the Bolivian religion became a mix of Catholicism and traditional Andean beliefs and rituals, which is easily recognized during, for instance, Alasitas.

Syncretism of Catholicism and Andean Beliefs

Alasitas’ main divinity is Ekeko, but Catholic priests give their blessing to the newly acquired miniature goods as well, while simultaneously honoring the Virgin of La Paz. Whereas the Franciscans focus on the Virgin, the yatiris – the local wizards – focus on Ekeko; the average Bolivian cares about both.

Alasitas is a festival for everybody and celebrated by Bolivians from all levels of society. It is celebrated by the inhabitants of villages, cities and countryside, by the highlanders and the lowlanders, by the indigenous and the criollos, as well as by western orientated entrepreneurs.

Who is Ekeko, Bolivia’s God of Plenty?

Ekeko (‘dwarf’ in Aymará) is the household god and it is not unusual for Bolivians to have a representation of this short and chubby, happy-looking fellow with a mustache and dressed in Andean clothes in their home. To ensure good luck the statue should be received as a gift and not be personally bought. Ekeko brings wealth to the family and keeps misfortune at bay. 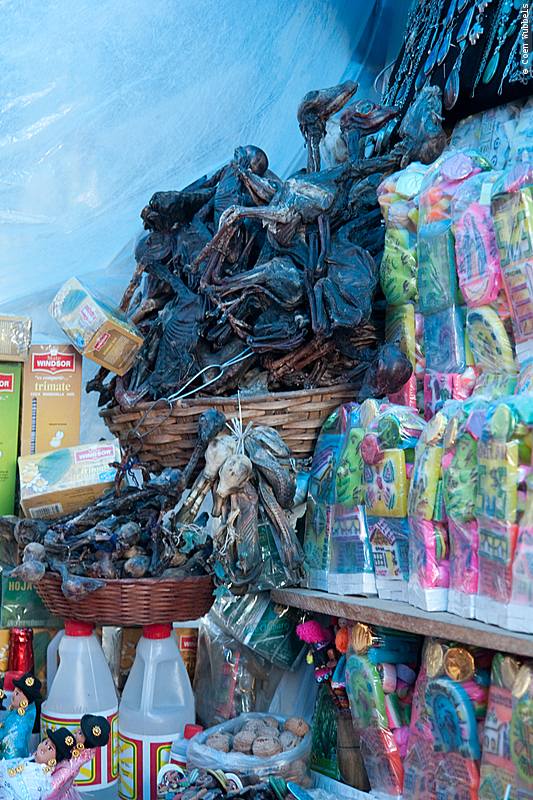 To obtain the favor of fortune, Bolivians like to present Ekeko with miniatures – mostly made of a sugary substance – of things they would like to own. This can be a house, a car, furniture, clothes, an airplane but also food. A miniature passport may be bought if one has the wish to travel, a university diploma in case one wants to study or when graduation is near.

Perfectly copied miniature dollar and euro notes are favored over local bolivianos when a devotee wants wealth. Ekeko loves smoking, his statue has a special hole in the mouth for a cigarette.

During Alasitas, which starts on January 24 lasts about 3 weeks, the streets are crammed with people who need to buy their miniatures replicas in time –  the blessings will take place around noon and they should be prepared by then.