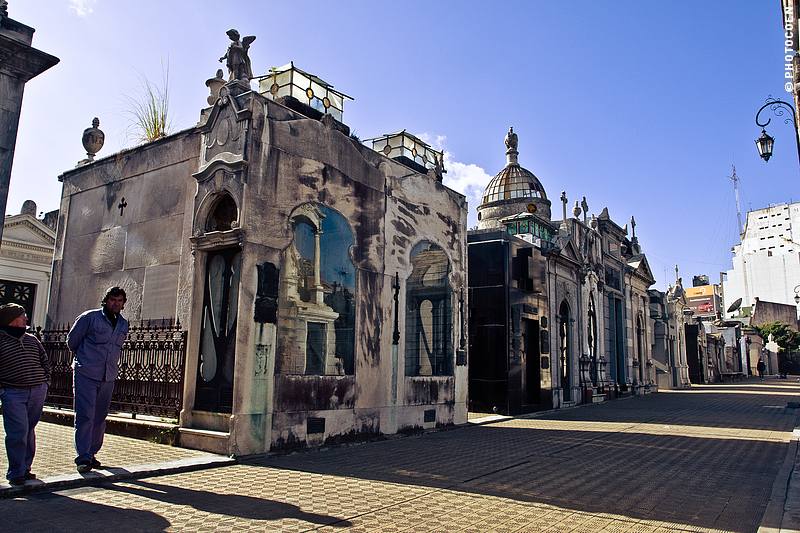 City of Angels, City of the Dead, or City of Cats: These names all refer to the Recoleta Cemetery in Buenos Aires. With 5000 sepulchers this eternal resting place is a rich synthesis of history, art, religion and death, and serves as a tribute to Argentina’s rich and famous.

I visited the cemetery twice. The first time I walked around on my own, mostly taking in the architecture of tombs and mausoleums, and admiring the hundreds of sculptures. The second time I paid a guide to show me around. Eduardo brought the place alive with detailed stories about some of the characters who were buried here.

A Story of Horror 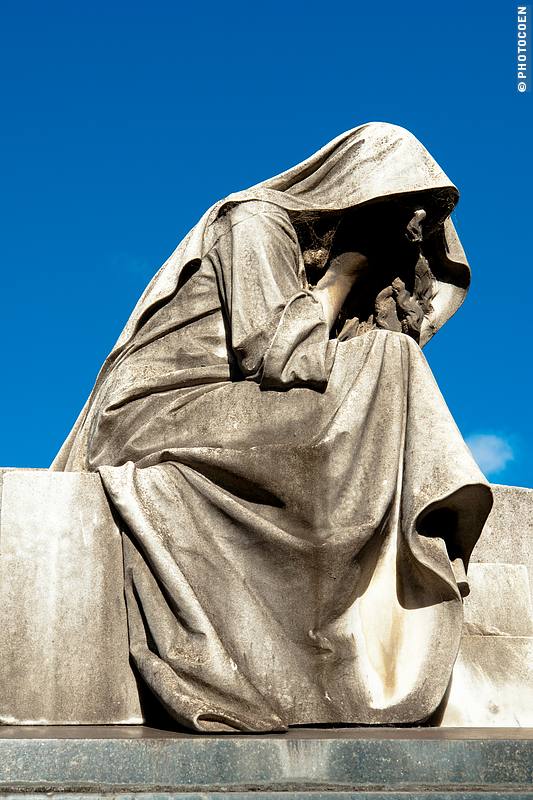 In 1902 a nineteen-year-old woman died of epilepsy. According to custom she was buried right away. Not much later people heard noises coming from the tomb, which subsequently was opened. The coffin had moved.

The mother was called, the coffin was opened and they saw that the deceased’s cheek was scratched open: The woman hadn’t died during her epileptic fit and had been buried alive. This incident led to an Argentinean law that states that a body cannot be buried any earlier than twelve hours after the death certificate has been signed.

Stories of Character and Fame 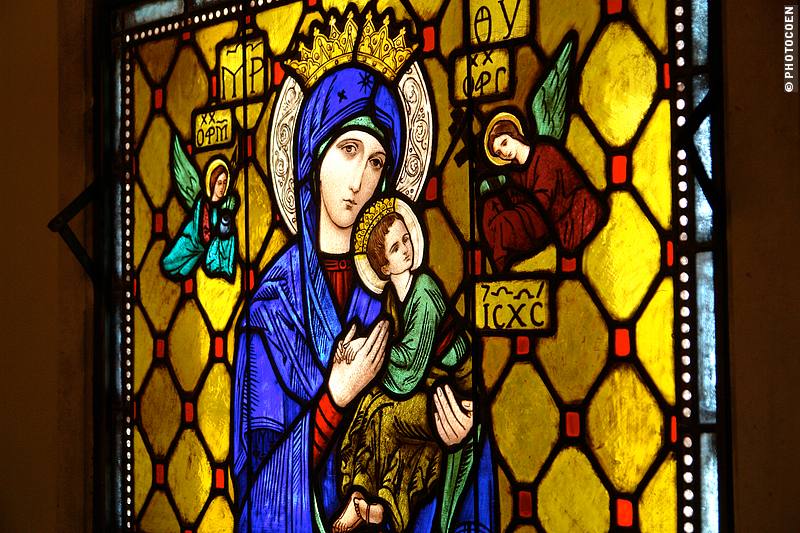 General Facunda fought against the city of Buenos Aires during Argentina’s War of Independence. He was assassinated. His coffin stands upright because he wanted to face God’s judgment in a dignified position.

Evita Perón died in 1952, at the age of 33. Her body was lost for 20 years. When it was discovered in Milán it was brought back to Argentina and has been Recoleta’s most famous grave since 1976 (read here).

Stories of Political Intrigue and Speculation 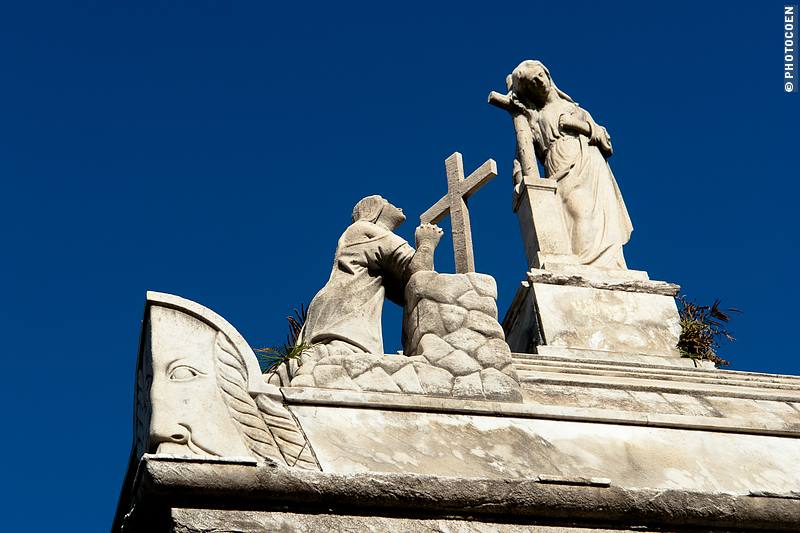 Aramburu was one of Perón’s opponents. He was kidnapped and murdered by Peronistas (supporters of Perón). Two years after his death his remains were stolen from his grave with the intent to exchange them for those of Evita Perón (which had been stolen by a supporter of Aramburu). The exchange never took place and the remains of both bodies were found back later.

An Irishman helped San Martín, a leader in Argentina’s struggle for independence. On top of his tomb sits a boat, which is maintained by Argentina’s navy. According to some the inside of the tomb is lined with the steel of canons.

The History of Recoleta Cemetery

Around the 1800s the terrain belonged to the adjacent Basilica of Nuestra Pilar. The government, in need of land for a cemetery, bought the terrain and even though initially it was only for Catholic Argentines, it is now a resting place for people of all nationalities and religions.

A grave is bought for eternity; it can nevcer be taken from you. Even if the annual fee for maintenance is not paid, the grave will not be cleared. All the government will do in the course of time is to shore up the tomb to prevent its collapse. Recoleta has several tombs from the 1860s, which have never been maintained and of which nobody has a clue to whom they belong. 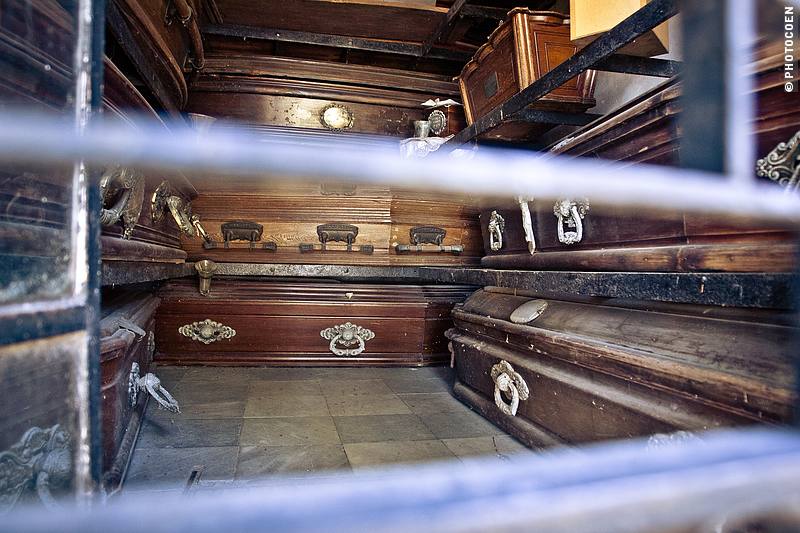 The cemetery is full. It is possible, however, to buy an existing grave. But what if the owner is unknown and the tomb appears abandoned? Argentina has a solution, similar to the way you can obtain a piece of fallow land whose owner is invisible and unknown. If you pay the maintenance tax during twenty years, and if during those years no one claims the grave, you become the rightful owner.

Be aware though that with the purchase the responsibility of clearing the tomb/grave becomes yours. The Recoleta Cemetery hardly has graves for only one person. The majority consists of mausolea, sometimes with vaults, which have space for fifteen to twenty coffins.

What’s in a Name? 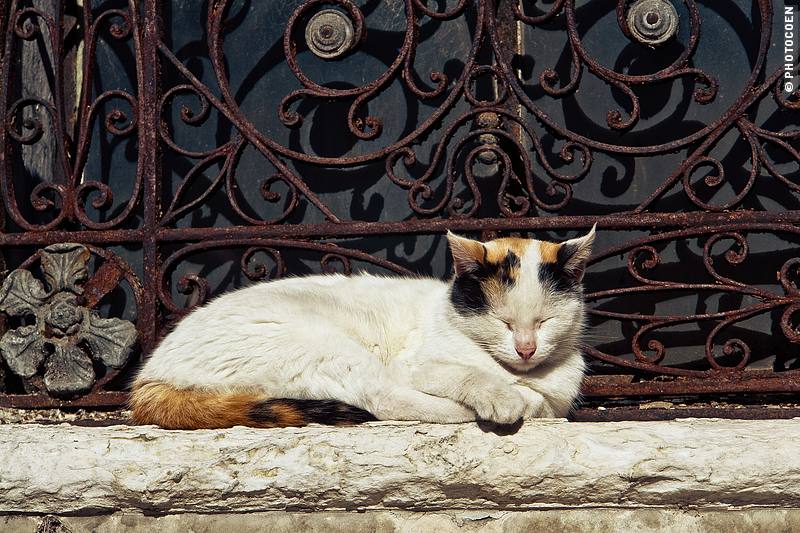 The City of Angels definitely sounds nicer than the City of the Dead. It may well be possible there are more angels here than dead people. The Recoleta Cemetery appears to be more of an open-air art gallery than a cemetery. Tombs and mausolea are extravagantly, sometimes ostentatiously, decorated with sculptures, plaques and stained glass windows.

Inside the tomb there often is an altar with flowers and walls may contain stained glass windows. Cherubs or seraphs look down from the entrance or decorate the upper edges of the mausoleum.

To truly admire the angels, you need to have a strong back and neck because the majority of them sit atop the structures. They have their trumpets at the ready or represent the Angel of Death by carrying a sandglass. Often angels are accompanied by sculptures of weeping women, sometimes kneeling at the foot of a cross. 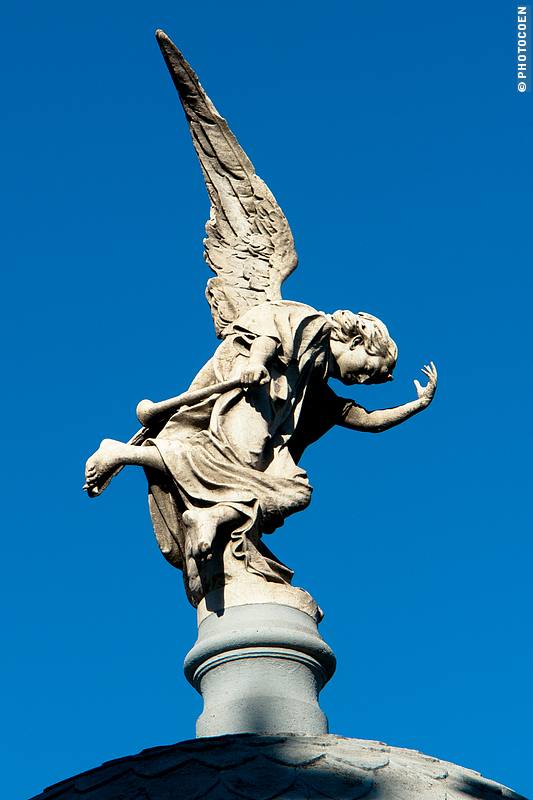 Despite my fascination I did start to wonder after a while if I hadn’t seen a sculpture before, and the tombs did appear to repeat themselves. Were we walking around in circles? Nope. Eduardo explained that in the old days the sculptures were ordered from a catalog and shipped from France, Italy or Spain – resulting in identical sculptures appearing on different tombs.

As we step over the umpteenth cat that appears to have found its home in this cemetery, Eduardo tells his umpteenth story. It was easy to remain captivated and even before the tour was finished I knew that if I ever returned to Buenos Aires, I would visit Recoleta again – and again take a guide. With 5,000 sepulchers there must be numerous other stories to listen to. 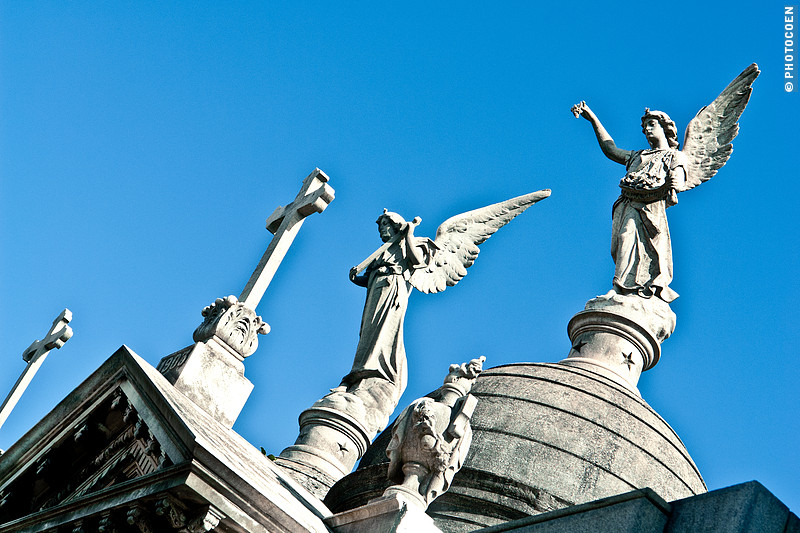 2 thoughts on “Listening to Stories of the Dead in Recoleta Cemetery in Buenos Aires, Argentina”