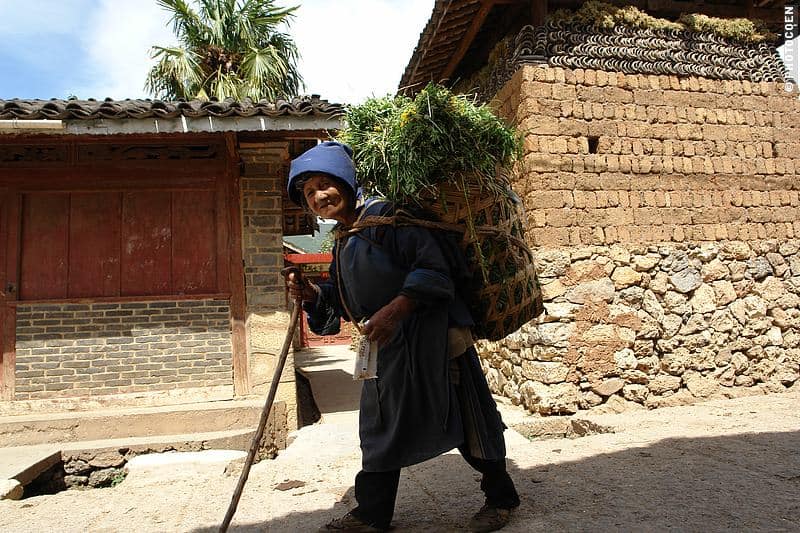 They laugh when Coen sign languages if he can join them. Their faces are skeptical. “A foreigner? Playing mahjong?” But they see he is serious and one of them gets up. “Take my place,” he motions.

How do you learn this complicated game in the company of people with whom you don’t share a language? It includes a lot of watching, imitating and letting others decide for you what the best move is. Coen studies, the locals discuss and hit their pieces hard on the surface of the table when they make a good move, and I watch and admire the scene. We’re all having fun.

This is local life. This is why we are here, in China. Yunnan rates high on travel destinations, for foreigners and locals alike, and it’s not easy to escape the madness of tourism here. Arriving during the first week of May, which is a Chinese holiday, was not a brilliant move. 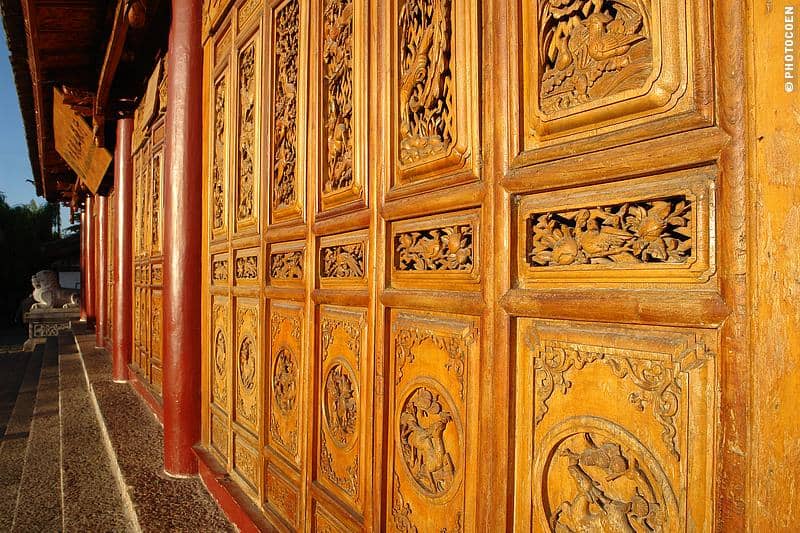 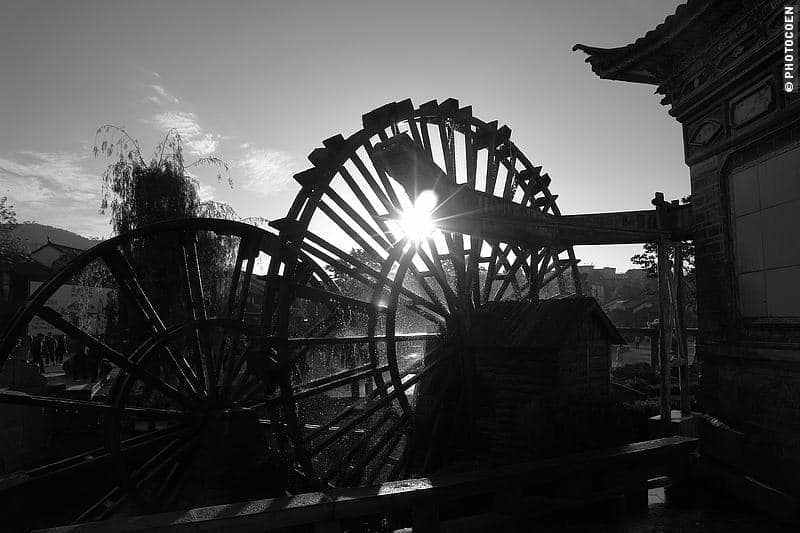 One of the tourist highlights in Yunnan is Lijang, an 800-year-old town and a UNESCO Heritage Site. But due to the holidays it’s too crowded and too noisy. We prefer seeing something of the countryside and are advised to rent a bicycle.

We do and set off early morning. The first ten-kilometer ‘Tourist Scenic Route’ is uninspiring: a bumpy road along bare fields filled with litter. For a moment we wonder if we have fallen for some tourist trap. But no, fortunately, we enter a region full of fields covered with flourishing crops, which is a lovely sight and from here on it gets only better. 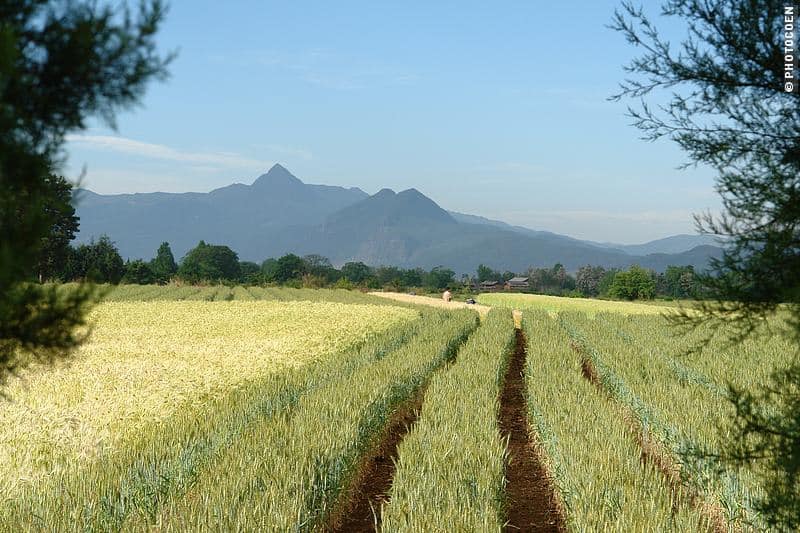 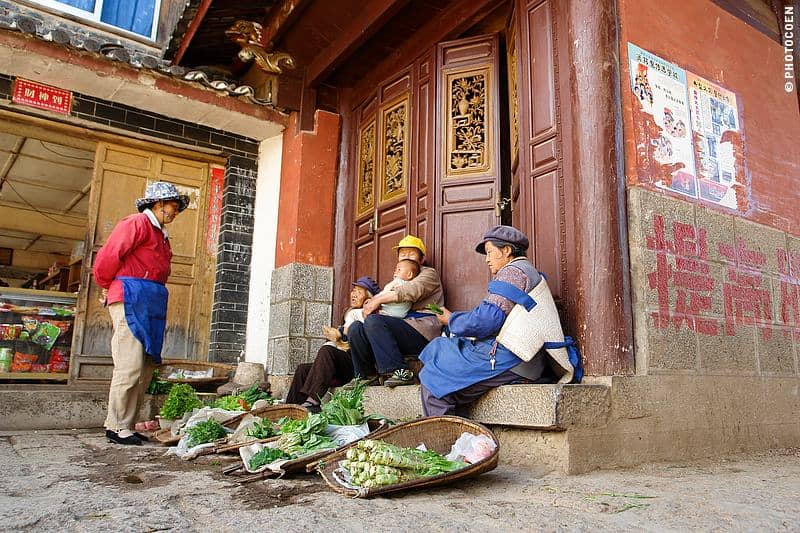 Cycling here is going back in time. It’s hard to match the life we see here with the images we know from east China: the modern metropolises of Beijing and Hong Kong. They are a universe away from the countryside, where 70% of the Chinese people still live. Fields are plowed with oxen, or even manually. Older people wear clothes dating from Mao’s era or beautiful traditional garb, while some of the young have caught up with the latest fashion.

Women are washing vegetables in ponds, the market consists of two vendors with three baskets filled with some vegetables. Goats, pigs, cows and horses walk about, chomping the grass on the verge of the road. People carry bamboo crates with produce, livestock feed or with twigs to lit their fires. 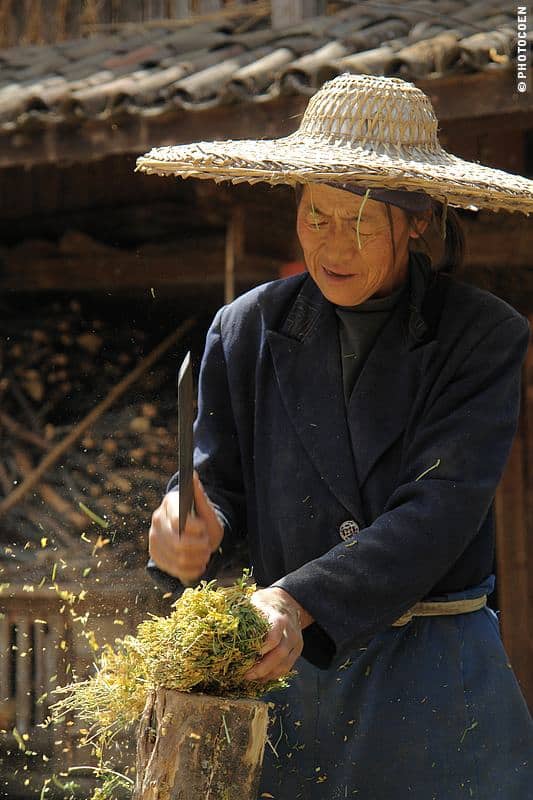 The Dabaoji Palace in Baisha

Baisha is one of our stops. It lies not far from Lijang and, in fact, is a collection of several smaller villages. They share spectacular views of the Jade Dragon Snow Mountain Range in the back. Tourism has penetrated here as well, which mainly shows in the center of town.

To enter or exit the cultural site of Baisha, the Dabaoji Palace, we need to walk along numerous stalls all selling the same crappy tourist junk you find all over Yunnan. We sort of close our eyes and keep walking because although the Dabaoji Palace may no longer be as grand as it used to be, it is definitely worth a visit. 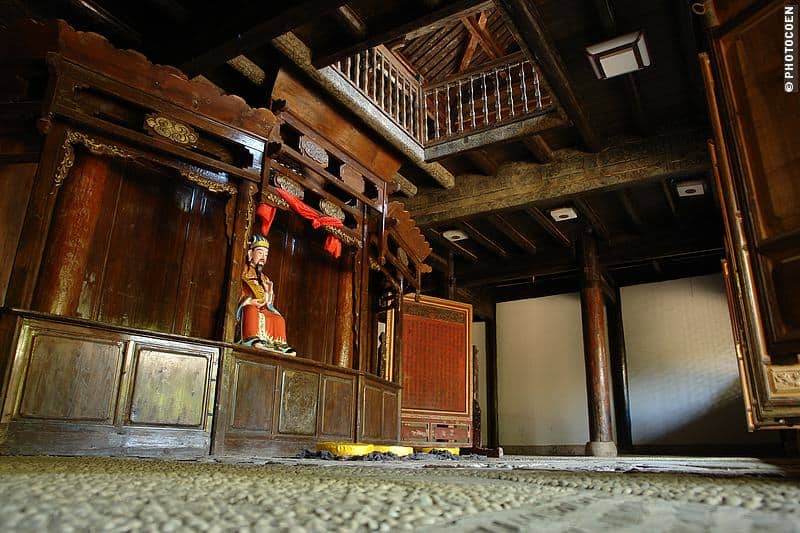 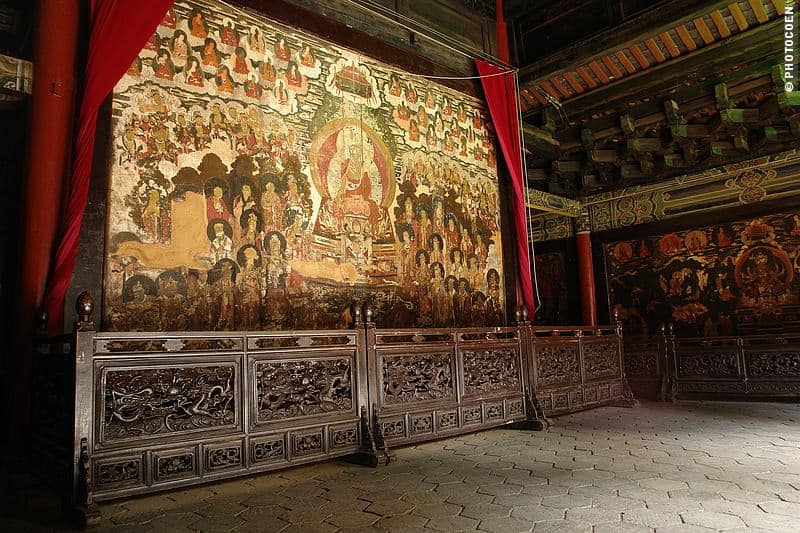 We fall for the intricately carved and painted panels on both the inside and outside of the building, but especially the age-old frescos that date back as far as the 13th century catch our eye. Despite their need for maintenance we can clearly see that they depict holy figures in Buddhist, Daoist and Lamaist traditions. 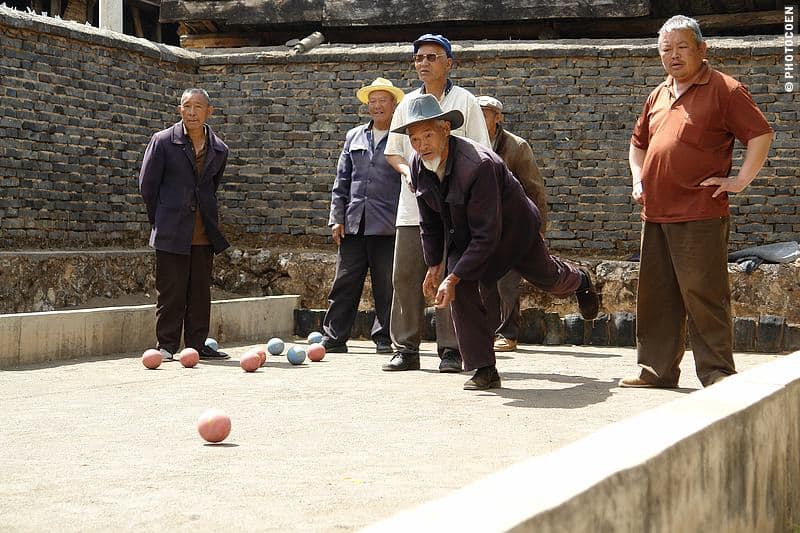 We stroll through the outskirts of the town, where farmers live in mud-brick houses, the paint on the door jambs peeling, and through the gates we spot that their cows and pigs live in the courtyards. Women are gossiping next to the central water pump while doing their laundry. Deeper in the countryside we had seen women washing their laundry on the banks of a stream.

As we both love to play games, two activities catch our attention: a group of people playing jeu de boule, and a couple of tables where people are playing mahjong. At one of these tables Coen asks to be taught the tile-based game. 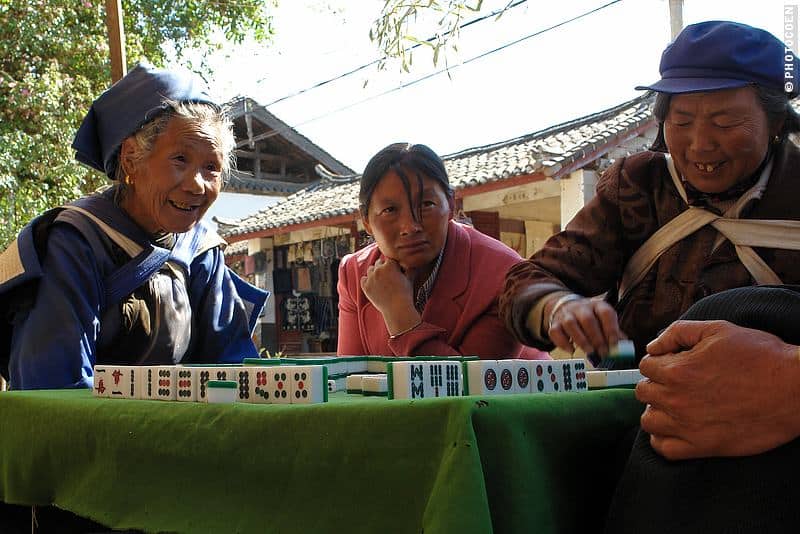 They all have a row of pieces in front of them, each depicting a Chinese character or symbol. We understand that the goal is to make groups of these by drawing and discarding tiles until you have the right collection. But it beats us when you can take a tile from another player, or even how to group the tiles together; the language is indecipherable to us.

It doesn’t matter. It’s a pleasure to sit here and not only watch but to take part in one of China’s most traditional and incredibly popular games. It’s about as far as we can merge with local life, which is one of our purposes when traveling. 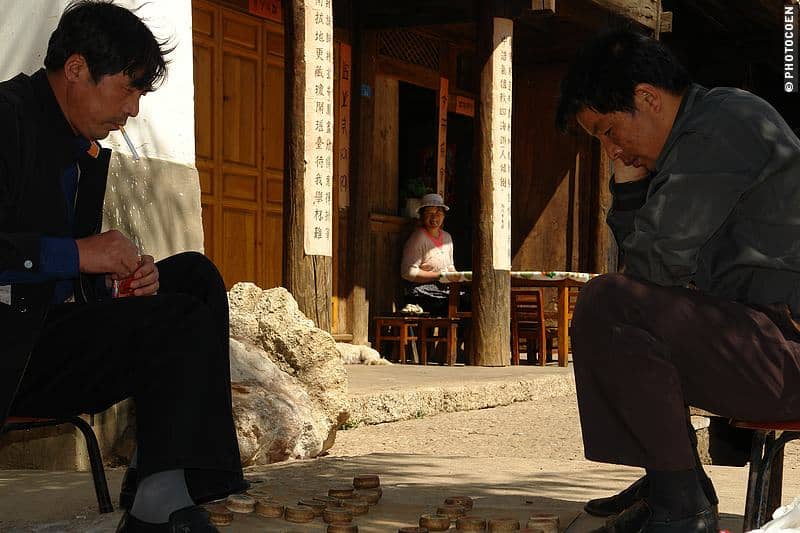 Bring a point-it language book or a dictionary, or at least humor and patience; don’t expect English to be widely spoken.

Enjoy more stories about China here or on our Landcruising Adventure’s website.